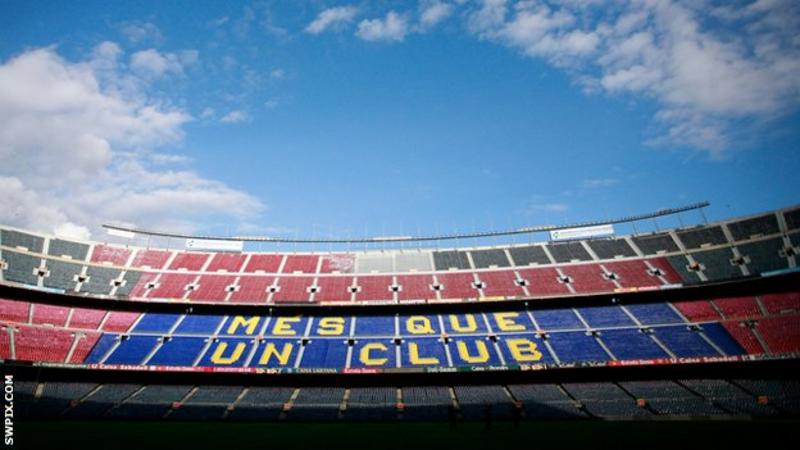 It is not the first time Catalans have played in the city, having faced Warrington at Montjuic in 2009, but it is their maiden Nou Camp appearance.

An estimated 30,000 fans are expected to attend the Super League game.

“We’re really excited and really proud of the opportunity to do it,” Dragons head coach McNamara told BBC Sport.

“For the area and the game, I think it will get international recognition, in the southern hemisphere in Australia and New Zealand. It’s about maximising that publicity for the game, showing everyone what the game is about.

“It’s not just about us turning up there and playing a game, it’s about putting on a spectacle, playing really well and showing the people who are new to the game, watching for the first time, just what a good game it is.”

Dragons – based in the city of Perpignan in France – are representative of the Catalan region which stretches from the south-east tip of France in the old Roussillon area, through to north east Spain.

Iconic stadium ‘once in a lifetime’ chance 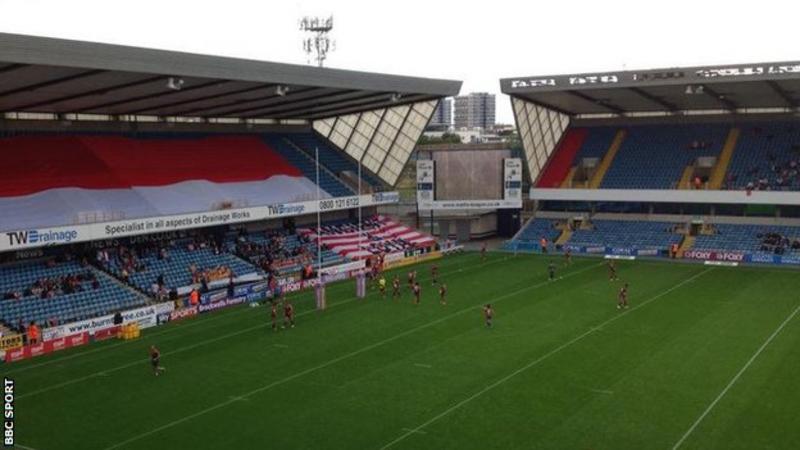 Catalans and Wigan have had a long association since Warriors provided the first opposition when the Perpignan club made their Super League bow at the city’s union side’s Stade Aime Giral home in 2006.

Not only have the Cherry and Whites played the Dragons at Montpellier, they also staged a game in London together – playing at The Den, home of Millwall in September 2015.

There is a special significance with Barcelona for many players though, given the status and profile of the football club, treading the same turf graced by Lionel Messi and Luis Suarez.

“I’m really looking forward to it,” centre and Manchester United fan Oliver Gildart told BBC Radio Manchester. “It’s not often you get the opportunity to do something like this.

“Being a football fan as well, it’s something that really excites me. Hopefully Messi will come down and I’ll show him a thing or two.” 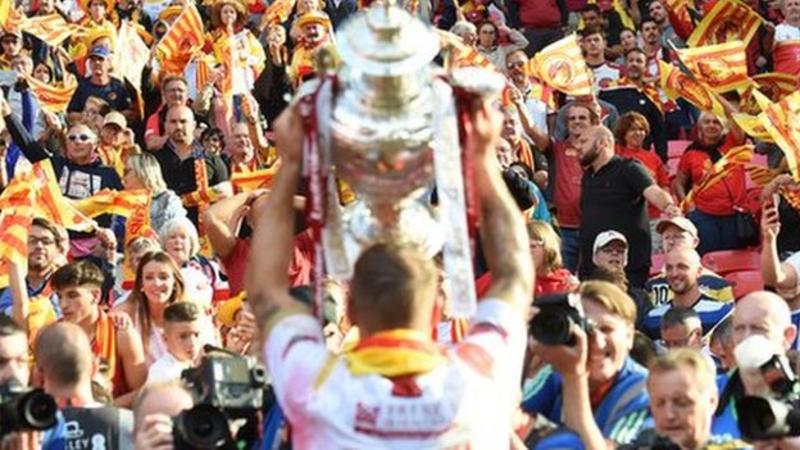 The Dragons, who won the Challenge Cup for the first time at Wembley last season, paraded that trophy at the Catalan derby between Barca and Girona in September 2018.

Saturday’s game has the same kind of buzz around it for the players involved, but there is also an awareness that this is not a final, however unique and special the surrounding hype.

“It feels like a Challenge Cup game,” former Wigan hooker Michael McIlorum said, as he prepared for the game with his Dragons teammates. “There’s quite a big build-up to it and it feels like a ‘win at all costs’ game but we spoke about it – at the end of the day it’s a league game and two points.

“We’re just concentrating on trying to get the two points and putting the outside things to the back of our minds.

“We want to enjoy the experience but it’s about the two points and we’ll try to get them and stay in the top half [of the table].”

Spreading the word of rugby league 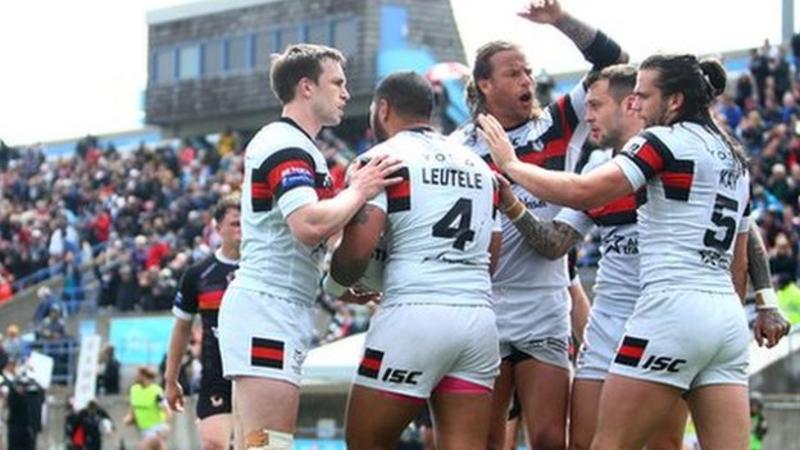 Wigan full-back Zak Hardaker has played at Test level for England and in finals at Wembley and Old Trafford, but he is yet to sample the delights of Barcelona – even as a tourist.

The horizons for rugby league are growing continuously, from teams in London, to Toulouse and Catalans in France, Toronto in Canada and even proposed clubs in New York and Ottawa.

“It’s not just about going to a rugby league game,” Hardaker added. “It’s about what the culture and the city provides.

“It’s great for the expansion of rugby league to play in different cities and countries. Five years ago if you had told me we’d be playing in Barcelona I’d have said ‘no chance’.

“It shows how the game is growing, and in another five years we could be playing in more stadiums across the world. It could be great.”