Craig Bellamy has agreed to continue coaching Melbourne next year.

The premiership-winning mentor had already committed to the club until the end of 2026, but he had the option of doing so as head coach or in another capacity. Bellamy has now decided to continue with the clipboard into a 21st season in a boost to the team ahead of its clash with North Queensland. 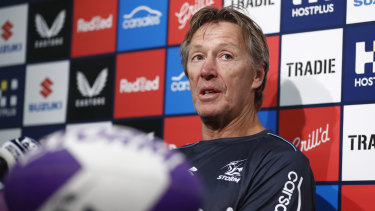 Bellamy had received overtures to join the Sharks and Broncos last year, but will finish his head-coaching career where it started. The news will likely assist with retention and recruitment, although, at this stage, he hasn’t committed beyond next season, which is when Cameron Munster comes off contract.

Earlier this season, Bellamy celebrated his 500th game in charge of the club as a head coach.

The Storm are expected to announce the coaching news this afternoon.