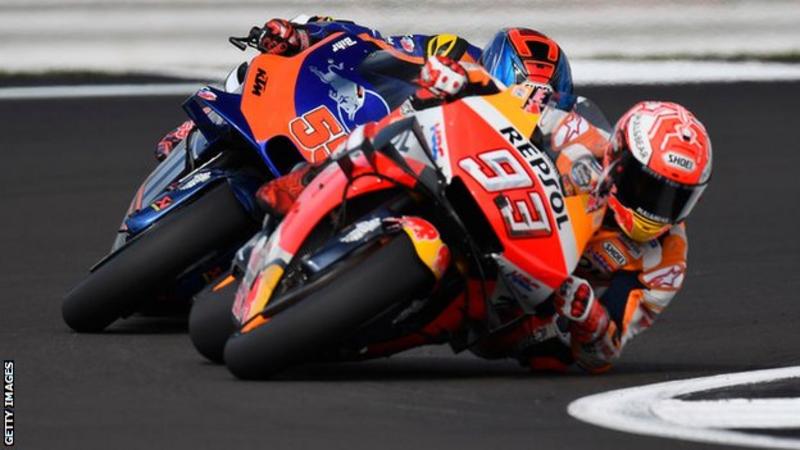 The championship leader recorded a lap of one minute 58.168 seconds at Silverstone on Saturday.

The Spaniard, 26, will line up on the front row alongside Italian veteran Valentino Rossi who finished 0.428 seconds behind the Honda.

Rossi equalled his best qualifying lap of the season on the Yamaha, while Australian Jack Miller finished third.

Marquez, who claimed his 60th pole position, leads the current standings after 11 of 19 races and will look to extend his 58-point lead over Italian Andrea Dovizioso, who will start seventh on the grid.

“With this surface and perfect conditions the race will be very physical and demanding,” said Marquez.

“Yamaha are riding a good wave and they’ll be the main opposition.”