Marc Marquez gives update that will scare all MotoGP fans

The Catalan was imperious in the Spanish Grand Prix and bagged a comfortable victory.

He started third on the grid but overtook Fabio Quartararo and Franco Morbidelli on the first corner.

It was a return to form for the five-time world champion after his Austin horror show.

Marquez crashed out at the Circuit of The Americas due to a combination of mechanical failure and driver error.

Marquez took Stefan Bradl’s HRC test bike for a spin and completed his best run on the prototype which has a carbon-fibre reinforced frame.

However, he explained that engineers have also taken huge strides towards improving his current Honda RC213V.

“On my current bike I was working a lot on corner entry,” he said.

“In that area of the engine brake, that is where we had more problems during the first three races.

“Here we, I said already, we improved a lot. But still they were some weak points, so we worked there.

“We found something that was interesting and then just other concept things for the future.”

– A shocking Moto2 crash on Sunday 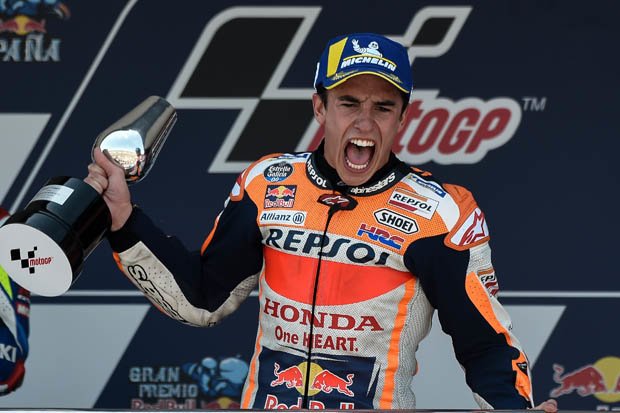 “This was important for us as we are still trying to catch up on the time we missed testing at the start of the season.

“We found some interesting things for races to come. The day was upset by two crashes.

“It isn’t how we wanted to end the test with a crash. I am OK, sore but OK.

“Thank you to the Repsol Honda Team and HRC engineers for working hard all weekend and today during the test.”