Nico Hulkenberg sure Daniel Ricciardo will trouble him at Renault 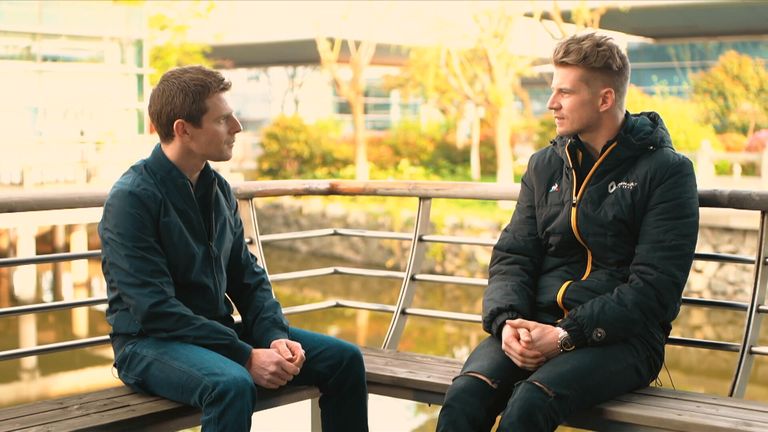 Nico Hulkenberg expects Daniel Ricciardo to be giving him trouble at Renault “very soon” once his team-mate is fully comfortable in his new car.

Ricciardo enjoyed his best weekend with his new team at the Chinese GP, avoiding a hat-trick of retirements by finishing seventh in Shanghai. The Australian also out-qualified Hulkenberg for the first time in a straight fight, prevailing by 0.004s, to start seventh.

Ricciardo has admitted to having to “get out of old habits” from his time at Red Bull, and Hulkenberg is expecting more stern tests in races to come.

“Daniel still needs to get used to the car, to the team,” Hulkenberg told Sky Sports F1 in China.

“It always takes more time than you think, especially when you come from a better car to a slightly worse car because things are different. It’s a different kind of mindset and battle in the midfield than up the front.

“He’s still getting used to it, finding his feet but I have no doubt he’s going to give me some trouble very soon.”

So how is Ricciardo getting on at Renault? Check out the Sky Sports website and app on Tuesday when Sky F1 analyst Mark Hughes runs the rule over the Australian’s form at his new team so far.

Hulkenberg suffered his second successive retirement in China as another MGU-K problem forced him out on lap 16.

All the more frustrating for Hulkenberg is that he has finished in the top five in practice sessions in both Bahrain and China before suffering unreliability later in the weekend.

“We really have to get on top of these things, because we’re costing ourselves results, experience and points,” Hulkenberg said after his Shanghai retirement.

“I think we know that we have homework to do on that side. We need fixes rather sooner than later.”

However, the German is happy at the French team and remains optimistic they can close the gap to F1’s Big Three teams in the coming seasons.

He told Sky Sports F1: “I’m in a good position with Renault and hopefully we can collectively improve this car and as a team really get to the front by next year or two years’ time.

“Certainly I’m having a good time. I’m enjoying myself and I’m in a good position. Of course I would love to battle for victories and be up the front but it’s always about where can you be, what are your alternatives.

“Just being out there racing and competing with the other guys, racing, it’s good fun and it’s very enjoyable at the moment.” 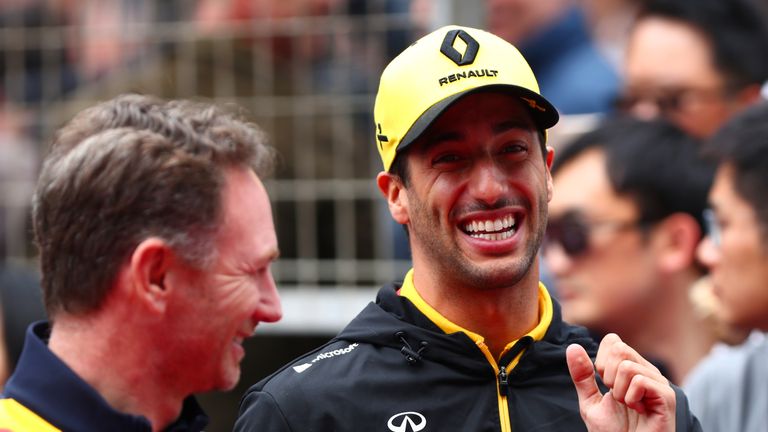 “It’s good obviously to get on board, and to finish the race – we were looking for that for the last couple,” Ricciardo said.

“Obviously we’ll take the positives from that and try and build on that. There’s obviously still a lot of work to do. We’ve still got work to do to get both cars home in the points.

“We’ll take positives but we’re trying to find a bit more every weekend. It’s a start this weekend.”

“It was an important weekend for Daniel. In the first two, Nico Hulkenberg was really dominating that team internal battle,” the 2016 world champion said.