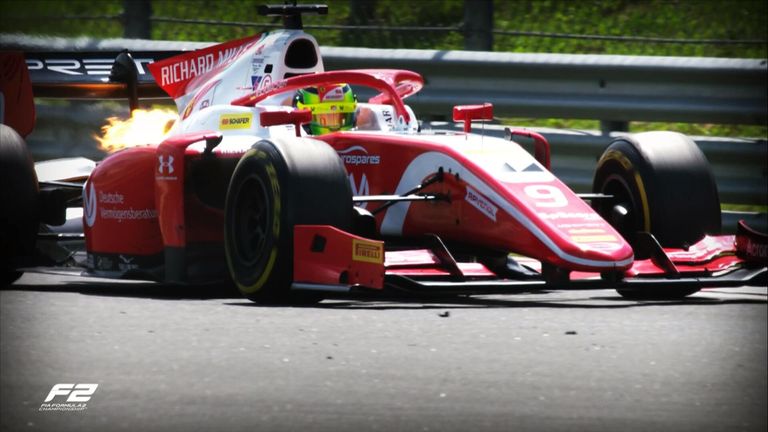 Mick Schumacher has won for the first time in Formula 2 with victory in the sprint race at the Hungaroring.

The 20-year-old German driver, the son of seven-time F1 champion Michael, started on pole for the reverse-grid start after finishing eighth in Saturday’s feature race and managed his tyres across the 28-lap race to come home 1.5s ahead of Nobuharu Matsushita.

“A pretty classy drive,” said Sky F1’s Johnny Herbert, co-commentating on the race. “He controlled that in a manner you didn’t see early in the season and that’s all about maturity.

“The confidence he’s going to get from this is going to be very powerful. It’s a wonderful result for motorsport.”

A member of Ferrari’s academy, Schumacher is mid-way through what has proved an up-and-down maiden campaign in F2, the level below Formula 1, and had previously achieved a best result of fourth in Austria in June. 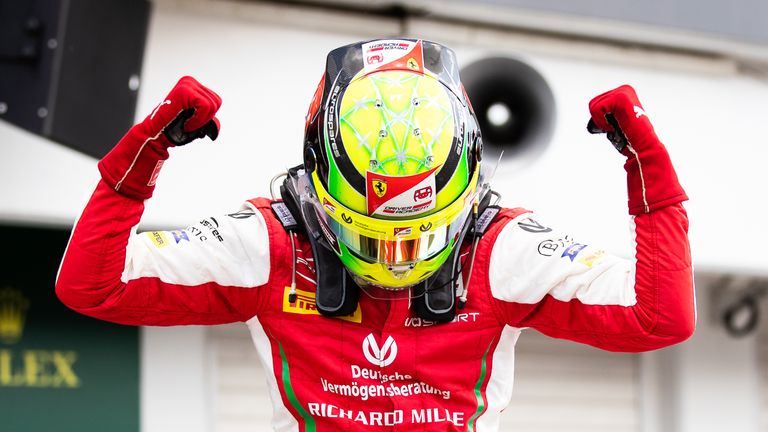 His first reverse-grid pole appearance came on his debut weekend in Bahrain, but he slipped to sixth at the finish.

“An amazing race. The car was great, thank you to the team for delivering a car like this,” said Schumacher. “Credit to Nobuharu who kept me entertained, it was not easy, but just really happy.”

Asked how fast his heart was beating in the closing laps as Matsushita closed in, Schumacher replied: “Quite hard and fast because the tyres were degrading and it was not easy to keep them alive. Always having pressure and always checking the mirrors was entertaining.”

Matsushita, a four-time GP2/F2 race winner, said: “I was pushing so hard, but Mick did an amazing job and there were no mistakes from him.”

amazing!! wow! big congrats @SchumacherMick ?? super happy for you. first one of many!! https://t.co/0tmi3msBPa

Watched on by his mother Corinna, Mick’s victory is the first for a Schumacher at the Hungaroring since Michael’s final one of four in 2004. Schumacher Jr drove that same Ferrari car in a demonstration run at Hockenheim last week.

“It is very special. I’ll celebrate with my family,” added the youngster.