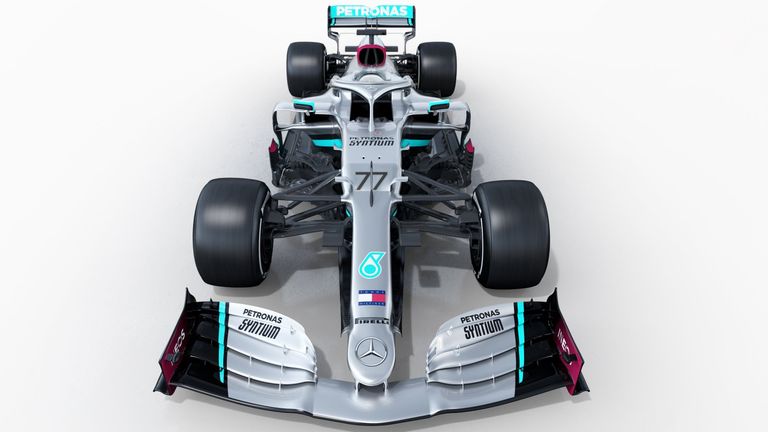 Mercedes have launched the car on which their hopes of maintaining their unprecedented sequence of Formula 1 success in 2020 rest.

The first images of W11, decked out in the revised livery which was first revealed earlier this week, were revealed online ahead of the car’s track debut later on Friday at Silverstone.

Most likely the car and team to beat again. Continuity of regulations normally closes the pack and so Ferrari and Red Bull must surely be filling these fancy mirrors and the drivers’ visors. Merc always seem to make these big hybrid F1 cars look more elegant with their livery 👍 https://t.co/ClqIF5MkJI

Mercedes have won all 12 of F1’s world titles – six drivers’ and six constructors’ crowns – since the current hybrid turbo engines were introduced to F1 in 2014.

But Ferrari and Red Bull are desperate to end the Silver Arrows’ sequence this year.

“Most likely the car and team to beat again. Continuity of regulations normally closes the pack and so Ferrari and Red Bull must surely be filling these fancy mirrors and the drivers’ visors,” said Sky F1’s Martin Brundle. 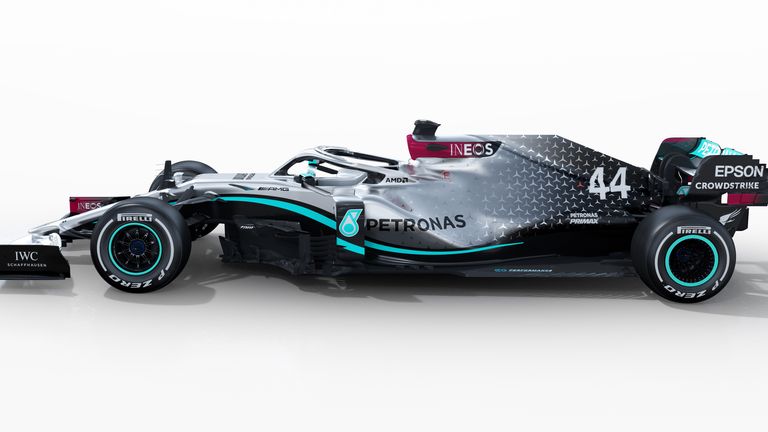 Hamilton and Mercedes’ searches for seven…

Having beaten Ferrari’s record of five successive title doubles last year, the search for another clean sweep is therefore the Brackley squad’s obvious target for the first season of the new decade.

As an extra incentive, no team has ever won seven constructors’ championships in succession.

While he can tie F1’s championship benchmark in 2020, he can overhaul two of Schumacher’s other historic achievements – the most race wins and most podium finishes.

#W11 🔥
Excited to get behind the wheel 👀 pic.twitter.com/w8TgCZnYLY

Hamilton starts 2020 just seven race wins behind the German’s haul of 91, and four podium finishes adrift of the record 155. The 35-year-old has won at least nine races in each of the past six seasons.

Bottas joins Hamilton in Mercedes line-up for a fourth season and will aim to build on his strongest campaign of F1 in 2019, when he won four times and finished runner-up in the championship. Formula 1’s new 2020 cars will be put through their paces for the first time in Barcelona later this month – and Sky Sports F1 will be there too with live coverage of all six days of winter testing.

Building on the successful collaboration between Sky Sports and Formula 1 in 2019, live coverage will be expanded to cover both weeks of testing for the first time and will feature all eight hours of track running each day at the Circuit de Catalunya.

The day’s action will be followed by the essential review show – The Story So Far – featuring interviews, guests, and analysis from the Sky F1 team as we build up to what promises to be a thrilling F1 2020.

Test One takes place from Wednesday February 19-Friday February 21, with Test Two following on a week later on February 26-28.