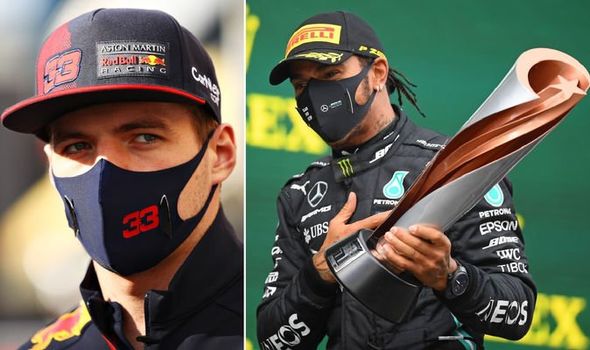 Max Verstappen refused to discuss his ambitions to challenge Lewis Hamilton for Formula One drivers’ championships after his Mercedes rival won his seventh world title on Sunday. After seeing the Brit win the Turkish Grand Prix, Verstappen declared it is “not the time” to discuss his hopes of being a world champion.

Verstappen, 23, has seen the window for him to become the youngest F1 world champion of all time disappear due to Hamilton’s dominance.

The Mercedes ace has won all of the last four available titles and six of the last seven, with Verstappen having grown all-too-familiar with the sight of the 35-year-old lifting the ultimate prize at the end of the season.

The Red Bull driver ended up sixth despite impressive pace across the weekend in Istanbul after going for a huge spin that flat-spotted his tyres and forced him to pit.

The Dutchman had earlier looked the most likely to deny Racing Point duo Lance Stroll and Sergio Perez victory but a masterful drive from Hamilton in challenging conditions saw him end up 30 seconds clear of second-placed Perez with Sebastian Vettel third for Ferrari.

And Verstappen could only congratulate Hamilton’s achievement for matching all-time great Michael Schumacher’s haul of seven titles with what is his 10th win from 14 races in 2020.

“It was pretty obvious that he was going to win it but it’s incredible,” Verstappen told Sky Sports F1 post-race. 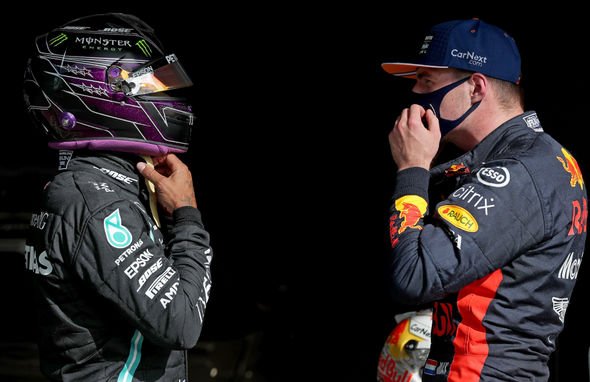 “It was a very strong drive of course also today and yeah, he’s now I guess the greatest driver in Formula One [history], in terms of stats anyway.

“A great result also for the whole team, they’ve been so dominant so they fully deserve it.”

But asked how much he’d love to be battling Hamilton for titles, Verstappen refused to go into detail.

“Yeah of course but I think it’s not the time to talk about that now,” he said.

Verstappen has nine wins to his name – one this season with the 70th Anniversary Grand Prix at Silverstone – and is seen as a future champion in waiting.

He is third in the drivers’ standings, 27 points behind Valtteri Bottas who finished only 14th in Istanbul. 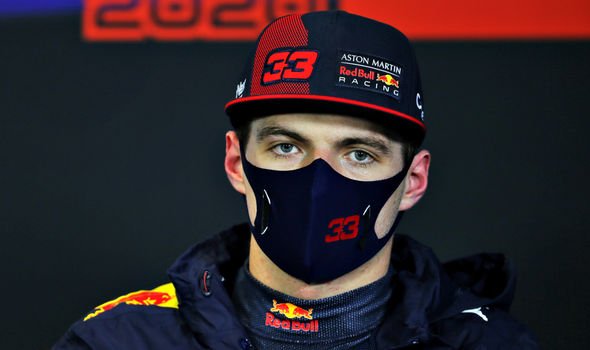 Verstappen is looking to beat his career-best championship finish of 2019, when he came third, 48 points behind Bottas.

Hamilton, meanwhile, is 110 points clear atop the standings and Bottas is hopeful he’ll be able to trim that gap next year.

Last season, Hamilton ended up 87 points ahead of his Silver Arrows team-mate and the Finn is eager to give him a greater challenge in 2021.

“He [Hamilton] deserves it fully,” Bottas admitted. “He was better this year overall on average, he fully deserves it. It is really good for him. I will try to beat him next year.”

However, Hamilton has warned Verstappen and Bottas: “I feel like I’m only just getting started, it’s really weird.

“I feel physically in great shape and mentally, I know so many people out there that this year has been the hardest year probably for millions of people.

“Things always look great here on the big stage but it’s no different for us athletes and this has been a challenge I didn’t know how to get through. 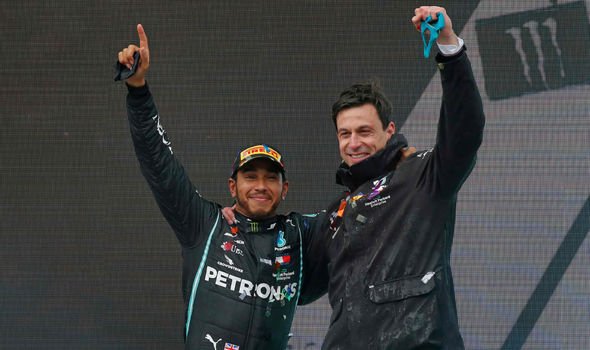 “I’m really hopeful for a better year next year and I would love to stay, I feel like we’ve got a lot of work to do here.

“We’ve only just begun our work to push to hold ourselves accountable as a sport, to realise we’ve got to face and not ignore the human rights issues around the countries that we go to and how can we engage with those countries and help them and empower them to do more, to really change, not 20 years or 10 years from now, but now.

“I want to try and see if I can be a part of at least the initial phase of that, for a little bit longer.”