Lewis Hamilton signing a new contract at Mercedes is only a matter of time, according to former team-mate Jenson Button. Hamilton recorded another piece of F1 history on Sunday to equal Michael Schumacher’s all-time record for his seventh world title.

Focus now quickly switches to the 2021 season but Hamilton is yet to fully commit his future to Mercedes.

It’s long been expected the 35-year-old will sign an extension with Mercedes with his current contract expiring at the end of the year.

But with the season finale fast approaching, Hamilton is still yet to put pen to paper on a new deal.

He dropped a surprising retirement hint last month when he said it “won’t be long” until he quits. 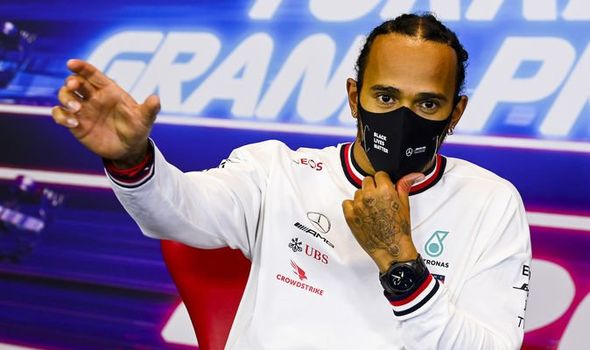 Still, signing a contract extension at Mercedes appears to be inevitable as Button believes Hamilton will now want to break the all-time record for world titles next season.

But, how long Hamilton’s new contract would be remains a mystery with the regulations being revamped in 2022.

“Winning is the best motivation,” he told Sky Sports.

“Drivers that have a long career in F1, if they’re winning they will continue racing because that’s what you love.

“When you’re not winning it becomes a lot more difficult and that’s when your career comes to and end normally, but I don’t see that happening any time soon for Lewis.

“He wants to win more world championships than anyone else before and I’m sure he would love that.

“Drivers always say we don’t look at numbers, we don’t compare, but you’re always going to compare yourself to Michael Schumacher when you have the same world titles.

“Those two are extraordinary individuals, very different in their personalities and the way they go racing but equally as talented. 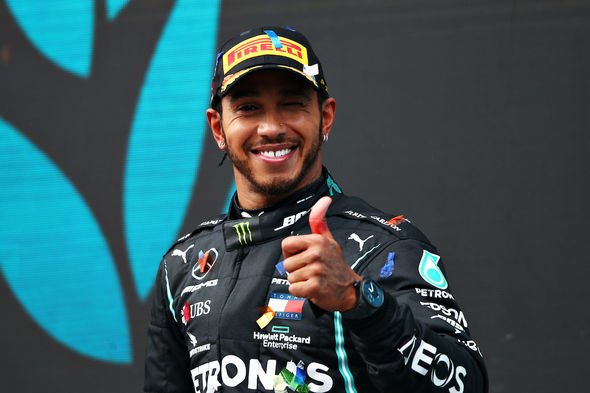 “Lewis is in the right place to beat Michael’s record and I really think he will next year.

“Then the regulations change in 2022 and that’s when it gets really exciting, to see where that takes him and Mercedes for the future.”

Hamilton has already broken Schumacher’s record for race wins as he currently sits on 94 Grand Prix victories from 264 races.