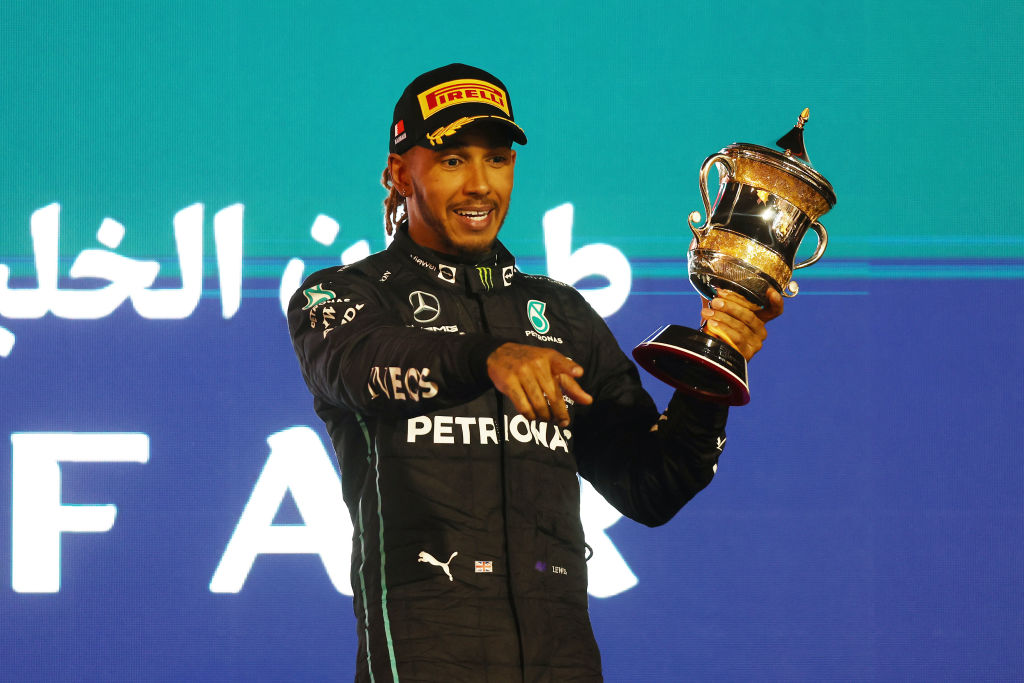 Sir Lewis Hamilton has hit back at his critics, insisting that he will decide when to retire from Formula 1.

The seven-time world champion has had a tough start to the 2022 season, with his Mercedes car way off the pace of main rivals Ferrari and Red Bull.

Hamilton is currently seventh in the standings, 58 points behind leader Charles Leclerc, and has already conceded that he will not be able to challenge for the title this year.

In the last grand prix at Imola, Hamilton had a particularly poor weekend, finishing way down in 13th and getting lapped by his title rival from last season Max Verstappen, who cruised to victory in his Red Bull.

After the race, Red Bull chief Helmut Marko made a jab at Hamilton, claiming the 37-year-old should have already retired.

‘He was lapped by us so maybe he should have stopped last year, he is thinking maybe,’ Marko told Sky Sports.

But Hamilton appears to have responded to this claim in an Instagram post on Wednesday night that pictured him in the Mercedes garage with the caption: ‘Working on my masterpiece, I’ll be the one to decide when it’s finished.’

The Brit is already considered by some to be the greatest F1 driver of all time and is keen to add at least one more title win to his collection, which would statistically make him the outright most successful driver in the history of the sport.

He has continually vowed to keep working on improving performances this year, most recently saying: ‘We can fix this. It is going to be a painful year that we are going to have to ride out together.

‘There is nowhere else I want to be. Just because we have hit a rough patch, it is not in my DNA to back out.’

Meanwhile, Mercedes are expected to bring long-awaited upgrades to the next race at Miami next month, which will hopefully remedy the main issues that the W13 car is suffering from.

‘Being realistic, we think this will be something we approach in steps rather than one big moment where the whole thing vanishes,’ the team’s trackside engineering director Andrew Shovlin said.

‘We are not expecting to solve this overnight, but if we can get a clue that we are going in the right direction, that we really got to the bottom of what is going on, then we will be quite pleased that we are just moving on the right path.

‘But we are seeing encouraging signs… we are hoping to bring parts to the car soon, maybe even Miami where we can hopefully see progress on this issue.’