Mitch Evans pulled off a decisive first-corner pass on Andre Lotterer and never looked back in an otherwise chaotic Mexico City ePrix. The Panasonic Jaguar Racing star was on superb form at the Autodromo Hermanos Rodriguez and now leads the overall standings by a single point after his comprehensive victory.

Lotterer endured a nightmare race after securing TAG Heuer Porsche’s first-ever pole position in Formula E, getting mugged by Evans off the line before contact with Sam Bird which put him out of the race.

The Brit looked on course for a podium before crashing under pressure from Antonio Felix da Costa, who secured a second consecutive runners-up finish.

Former champion Sebastien Buemi completed the rostrum in third, securing his first points of a frustrating campaign so far for Nissan e.Dams.

Mercedes ace Stoffel Vandoorne was championship leader heading into the weekend but slips to fourth after failing to score while BMW Andretti i Motorsport’s Alexander Sims moves into second after coming home fifth – but what did we learn from the Mexico City ePrix? 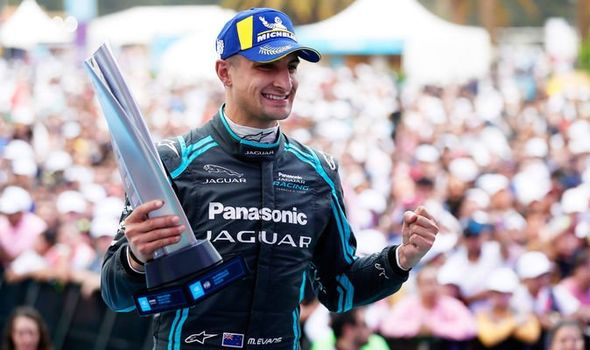 Evans claimed victory in Mexico City with a dominant drive that further positions the young Jaguar driver as a leading contender for the ABB FIA Formula E Championship.

Things began well for the New Zealander as he set the standard in qualifying, only to be pipped to pole position by Andre Lotterer by just six hundredths of a second.

But when the lights went green Evans performed a superb manoeuvre to overtake the German into turn one and there was no stopping the 25-year-old from there as he cruised to victory without real threat from the rest of the grid.

His second victory in Formula E, the win gives Evans a slender one-point lead in the Drivers’ Standings ahead of Sims.

position for the new German manufacturer.

However, the veteran was muscled out of the lead by Evans on the opening corner in a robust move which saw contact between the two drivers and damage to Lotterer’s Porsche.

Lotterer subsequently fell to the back of the pack before retiring to cap a miserable race for the newcomers, with teammate Neel Jani last of the classified runners as he continue his underwhelming start to the season.

Talented Lotterer is still awaiting his first win in the all-electric series, having finished runner-up on four occasions. 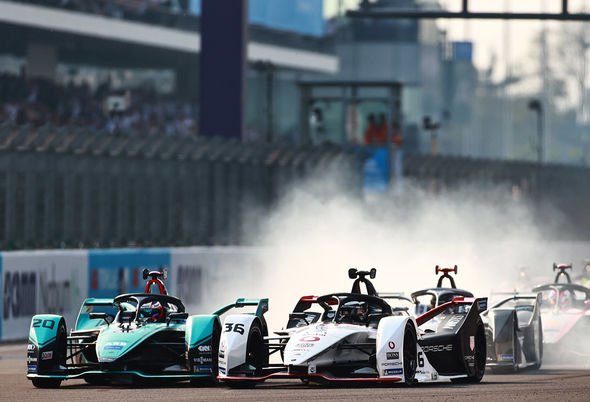 Daniel Abt goes from hospital bed to starting grid

An eventful day for Daniel Abt saw the German driver go from a Mexico City hospital bed to being in the middle of a frantic race at the Autodromo Hermanos Rodríguez.

The 27-year-old experienced a software malfunction in free practic, causing the Audi Sport ABT Schaeffler driver to collide with wall after losing control of his brakes.

Abt went to hospital for a precautionary examination but was fortunately not injured and, after Audi performed miracles to get his car repaired in time for the race, he flew by helicopter to take his place at the back of the starting grid.

However, it wasn’t a fairytale afternoon for the Audi ace who was unable to mark his comeback with points and eventual retired from the race.

Jean-Eric Vergne has endured a tough start to the defence of his title, with two retirements from the opening three matches.

However, the two-time title-winner and defending champion has possessed good pace in his DS Techeetah this term and was rewarded with a welcome fourth-place in Mexico.

The haul, added to his eighth-place finish in Round Two, has moved Vergne up to 12th in the overall standings but the Frenchman is 31 points behind Evans.

Meanwhile, Buemi will be delighted with his third as the Swiss driver finally got off the mark for the campaign and Lucas di Grassi made it three points finishes from four races with sixth. 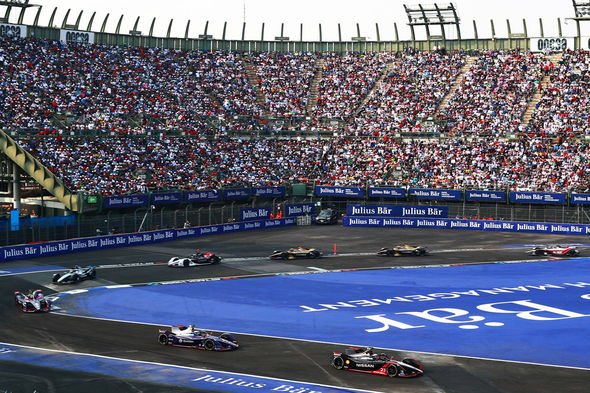 A sell-out crowd in Mexico City were treated to another spectacular race at the atmospheric Autodromo Hermanos Rodriguez.

A series of crashes forced the retirement of seven drivers, including Envision Virgin Racing’s Bird, who hit the wall when second with just three minutes of the race remaining.

Former Championship leader Vandoorne also crashed out in the dying stages to cap a poor day for Mercedes-Benz EQ, with teammate Nyck De Vries also retiring from the ePrix after a misjudged move.