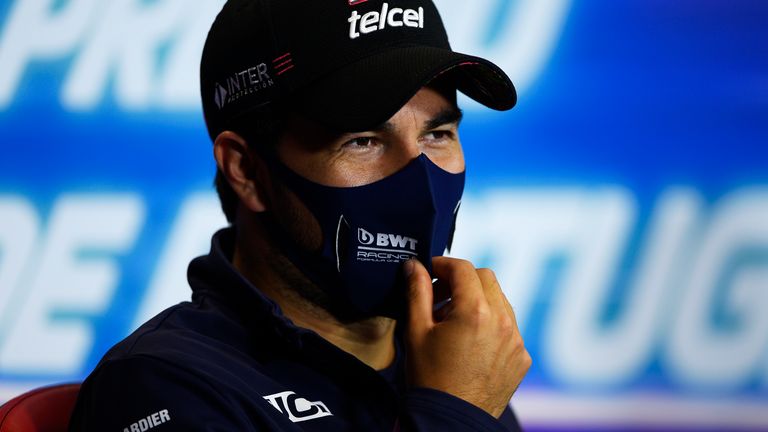 Formula 1’s increasingly competitive driver market is ramping up with just six races to go in the 2020 season – particularly after the confirmation that both Romain Grosjean and Kevin Magnussen will be leaving Haas.

Haas’ decision has officially opened up two seats on the 2021 grid, while there could also be opportunities at Alfa Romeo, Red Bull, AlphaTauri and possibly even Williams, with many talented drivers, young and old, available.

There have been rumours aplenty in recent weeks, and Thursday’s media day at the Portuguese GP was rife with driver market questions. Here’s the latest:

Grosjean resigned to F1 exit, Magnussen has ‘more to give’ 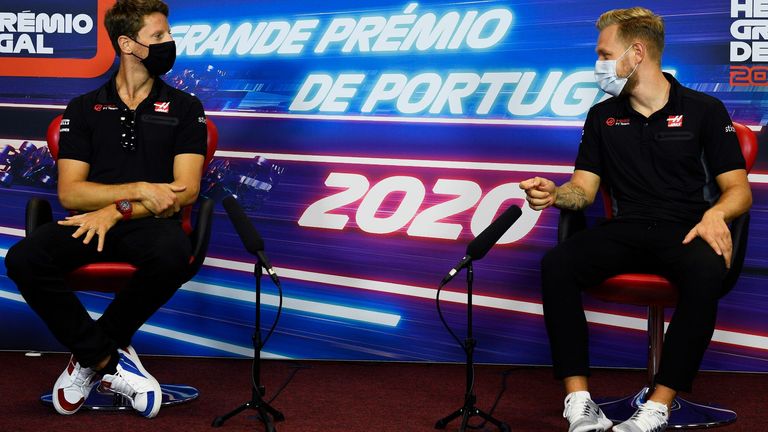 Grosjean and Magnussen have been team-mates for four years – level with Mercedes’ Lewis Hamilton and Valtteri Bottas as the longest partnership on the grid – but that will come to an end in a matter of months.

With Haas struggling towards the back of the grid and openly thinking long-term with their next line-up, a double exit wasn’t the biggest surprise and puts two more experienced drivers onto the packed market.

Grosjean, however, believes his time is up in F1 after a decade in the sport.

“Most likely Formula 1 is closing its doors,” the Frenchman, who has 10 podiums, told Sky F1. “There aren’t many seats left available. It’s never impossible, so never say never, but also there are other challenges that I’m ready to tackle. Different challenges, different categories.”

Magnussen, on the other hand, seemed slightly more surprised by Haas’ move and insists he has a lot to offer to F1 teams.

“I’m still only 28 years old and I’ve been in Formula 1 for some years,” he said. “I’ve been with McLaren, I’ve been with Renault, I’ve been with Haas as a new team for four years. I feel like I’ve got a lot of experience and I feel that I’m in a place where I still feel young, but still experienced, and way more rounded as a driver than I was in the past.

“It’s funny because in a way I feel ready to take that next step, yet I find myself in this situation. It is what it is… Formula 1 is still a place where I feel I have more to achieve and more to give, but we’ll see what happens.”

Options appear scarce for Magnussen in F1, particularly with no big money, or team, behind him, but he says he is “open to anything”, with IndyCar a possibility stateside.

And are Haas ready to sign two young drivers? 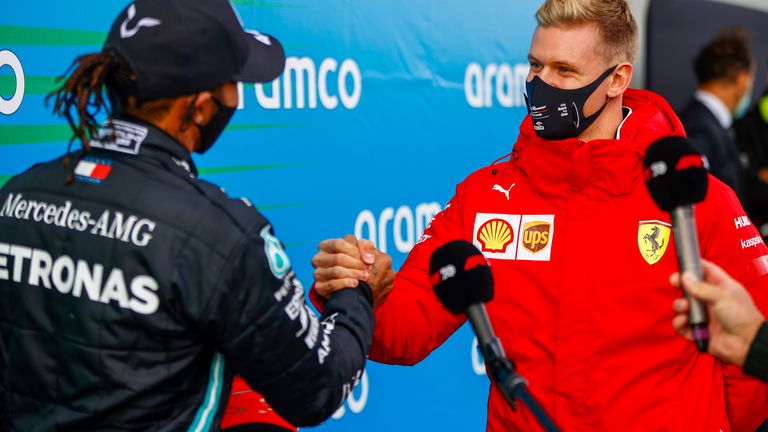 One thing Grosjean and Magnussen were in sync about was their belief that Haas are likely to select drivers with financial – or marketable – backing for 2021 and beyond.

Mick Schumacher, son of F1 legend Michael and F2 title leader, and Nikita Mazepin, a fellow F2 driver, have been heavily linked with the seat, along with Nico Hulkenberg and Sergio Perez.

“I said to Guenther when he called me that I was expecting one of us, and he said, ‘no, for financial reasons, I need both of you out,” stated Grosjean.

Magnussen added: “It’s pretty clear that I can’t bring what some of the drivers can bring out there. I can bring me as a driver and try and do a good job, but in this day and age, and particularly this year with the current situation of the world, it isn’t easy if you can’t bring any more than just your driving.” 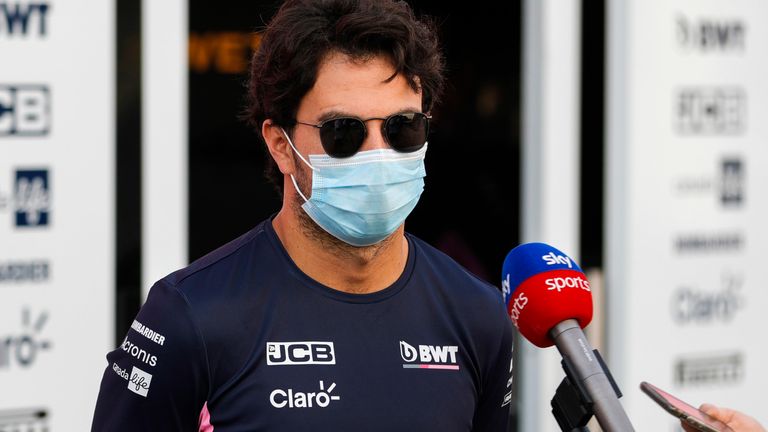 Perez will certainly be one of the more sought-after free agents for 2021, with the Mexican – fourth in consecutive 2020 races leading up to Portugal – proving this season that he is still consistently a class act.

There’s still no major update on his future – Red Bull next to Max Verstappen would be his best-case scenario in F1 while there have been rumours linking him with Williams – but Perez is increasingly optimistic.

“I’m looking for a good project and I want to continue in Formula 1, but obviously not at any cost,” Perez said, referencing the Williams links. “I’ve been here long enough to know that Formula 1 seasons are extremely long, so I need very big motivation, very high motivation to be able to give my 100 per cent.

“Things are looking good at the moment, but until it’s not signed everything is in the air.”

While Albon is remaining calm… Logic would suggest these are a big final six races of 2020 for Alex Albon as he looks to secure a new contract at Red Bull for 2021.

“Obviously I want to stay in this team, and I’m pushing hard for that,” he said. “There’s no external mindset, I’m focusing on what I can do and getting the best result.”

Could both Alfa Romeo drivers keep their places?

Kimi Raikkonen and Antonio Giovinazzi are out of contract for next season, but while Schumacher has been heavily linked with an Alfa Romeo seat, it now appears that both current drivers could yet stay for another year.

As expected, Kimi wasn’t giving much away on Thursday, while Giovinazzi said: “It’s not my decision. We need to see what happens with Ferrari, with Alfa Romeo, and then we’ll see.

“For me, the target is, of course, to be on the grid next year.”

Russell has ‘no concerns’ about Williams future Williams have both their current drivers – George Russell and Nicholas Latifi – under contract for 2021 but that hasn’t stopped speculation that Perez could still be on the radar for the team.

Williams are under new ownership since the retention of Russell and Latifi for next year was announced in July.

Russell’s deal runs to the end of next season and the Englishman said that the fact the new owners, Dorilton Capital, are already investing in the team gives him less to worry about.

“I’ve got a contract for next year. I’ve obviously seen speculation,” insisted Russell.

“The facts are there are a lot of great drivers on the grid looking for race seats, some of which have a lot of backing behind them which is obviously a major consideration. But for me, I have a contract and I think the future of Williams is in really great hands because of the new owners, investment.

“The financial issues that were surrounding the team over the past couple of years are not necessarily there anymore because the new owners and investors have the money, they are investing the money. We have been through a very tough time in the past 18 months and we’re all excited to hopefully get a glimmer of success into the next 18 months under the new ownership. So even more so now under the new owners, there’s less to worry [about].”

Russell, effectively on loan from Mercedes and impressing in his second year of F1, added: “I have a contract so that’s why there’s no reason of concern. As a team they have been down that road before from what I understand and they’re happy where they are at the moment. They are investing a lot of money at the moment, and there’s not an endless pot anywhere and it’s a tough business, but loyalty is also a big factor of Williams as part of the heritage.”