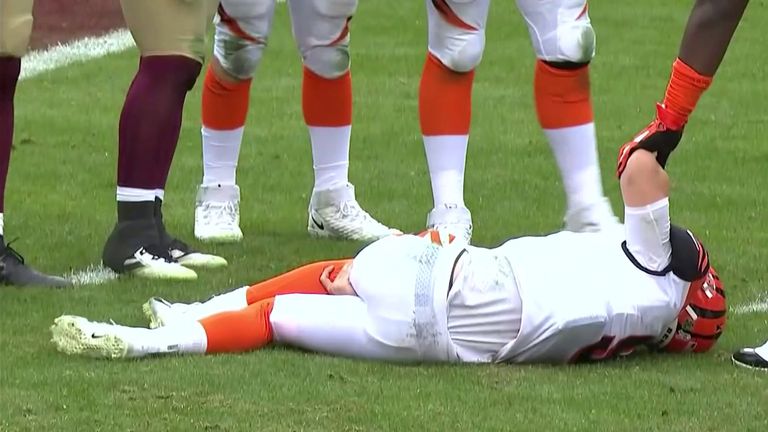 Cincinnati Bengals quarterback ﻿Joe Burrow﻿ was stretchered off with a left knee injury in the third quarter of Sunday’s game with Washington.

The 2020 No 1 overall pick suffered the injury with his leg appearing to buckle under contact as he made an incomplete pass intended for receiver Tyler Boyd.

An early indication of the injury’s severity soon followed, with the 2-6-1 Bengals subsequently ruling Burrow out for the remainder of the game.

The #Bengals have already ruled Joe Burrow out, an indication of the seriousness. https://t.co/UIBenjxNWm

The 23-year-old Heisman Trophy winner had completed 22 of 34 passes, for 203 yards and one touchdown before leaving the field. 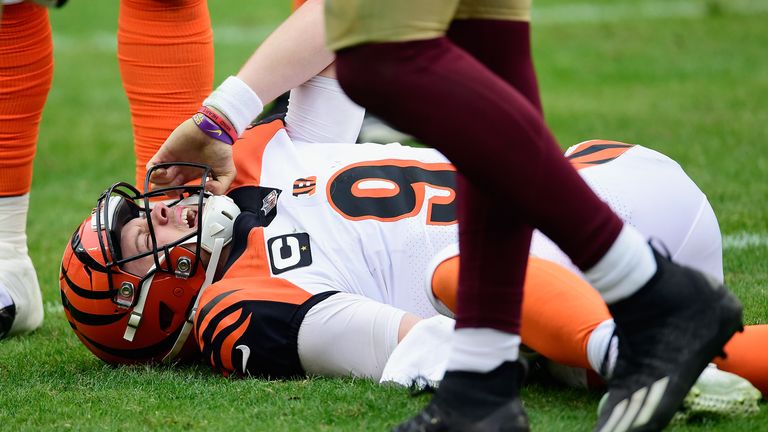 Players from both teams gathered around Burrow to show support as he was being loaded onto the stretcher and taken away.

Burrow later took to Twitter and appeared to indicate he is unlikely to feature again this season, writing: “Thanks for all the love. Can’t get rid of me that easy. See ya next year.”

Thanks for all the love. Can’t get rid of me that easy. See ya next year✊

Ryan Finley, a second-year player, entered the game as the backup quarterback for Cincinnati, who were leading Washington 9-7 at the time of the injury.

Finley had played in relief of Andy Dalton last season and could now be set for an extended spell under centre.

All love for Joe Burrow as he goes off the field. Including from Chase Young, Haskins, McLaurin pic.twitter.com/t42duvQWIQ 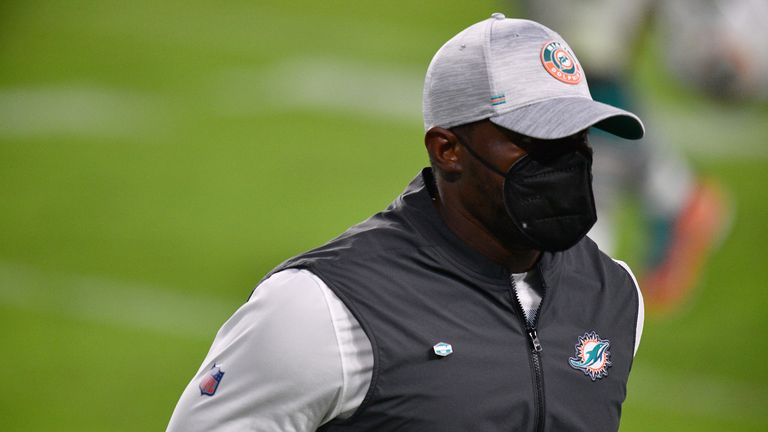 The NFL is placing all teams in intensive protocol from Saturday to mitigate the risk of coronavirus as the number of cases rises around the country.

Included in the new rules is the mandatory use of masks at all times at team facilities, including during practice and in weight rooms, while meetings must be held either virtually or in the largest indoor space with approval by the league.

All meals have to be made available for grab-and-go to avoid players and staff congregating in cafeterias, and time spent in the locker room also has to be limited.

Clubs operating under the intensive protocols have reduced close contacts by more than 50 per cent since the fifth week of the regular season, according to a memo obtained by The Associated Press that was sent from NFL Commissioner Roger Goodell to teams on Wednesday.