DeMarcus Lawrence and Dallas Cowboys at ‘impasse’ over extension talks 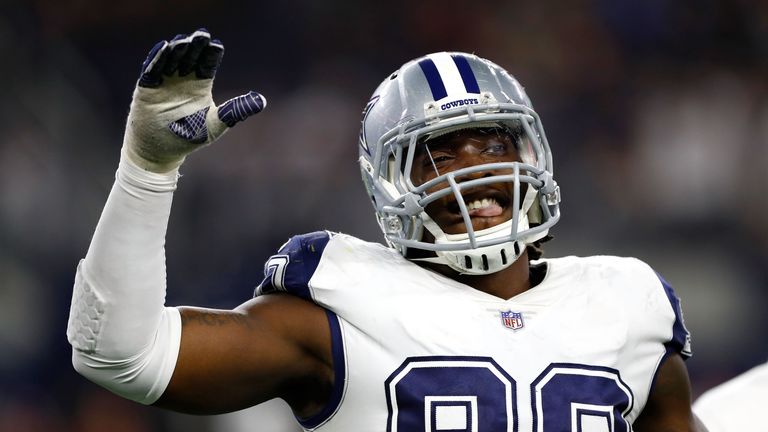 The Dallas Cowboys are at an “impasse” in extension talks with franchise-tagged defensive end DeMarcus Lawrence, but they are still hopeful a deal can be reached, according to executive vice president Stephen Jones.

The Cowboys tagged Lawrence in March for the second year in a row and has until July 15 to sign him to a long-term extension.

Lawrence played the 2018 season on his $17.1m deal, and he can make $20.5m in 2019, but reports have indicated he is unlikely to participate in training camp if he doesn’t receive a long-term extension.

Speaking at the annual league meetings in Phoenix, Jones said: “We’re motivated to get something done, and hopefully at some point we’ll get some momentum going.

“Right now, the best way to describe it is we’re at an impasse. We’re apart. But certainly optimistic. We’ll continue to chop wood.”

Jones’ father and team owner Jerry Jones was more vague when asked about the situation.

“It’s in the works,” he said. “We’re communicating. That’s what you’ve got until you actually meet to sign the contract.”