WNBA: Storylines that will shape the 2021 season

What are the most-anticipated storylines that will shape the 2021 WNBA season? Huw Hopkins examines six of the biggest talking points.

It is now two weeks since the WNBA crowned the Seattle Storm as the 2020 champions to culminate possibly the most unusual season yet in its 23-year history.

But as we turn our attention to watching the WNBA players compete for teams in Europe, China, Australia and South America, it is time to reflect on the achievements of this season and look ahead to the next one.

Will we see the best of Sabrina Ionescu? 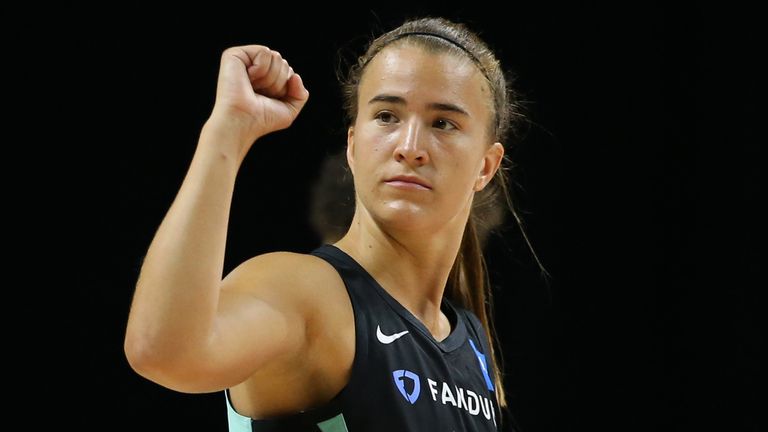 Ionescu was arguably the most anticipated WNBA rookie since Breanna Stewart, but our first look at the New York Liberty’s No 1 overall pick was short-lived. The guard stumbled out of the gates, facing one of the league’s best defensive units (Seattle) in her season opener, and the pressure was huge. She didn’t play badly but it took her a few games to get her rhythm.

Unfortunately, by the time she did, an ankle injury caused her to miss the rest of the season. She attempted to come back and saw specialists but the Liberty’s season was effectively over and they were not going to make any impact on the standings. It seemed best not to force an early return, especially without fans paying tickets to see her in action live at the Barclays Center in Brooklyn.

Ionescu has seemingly taken the decision to not play overseas this year. She doesn’t need to for money, after signing a shoe deal with Nike, but it might have benefitted her to play against strong competition. Her second WNBA season could be major. She will either show us what she is truly capable of, or a year with little development could catch up to her as the next crop of young talent comes through the draft.

As someone with such a good track record, Ionescu will definitely get plenty of opportunities to show what she is capable of, but the WNBA can be unforgiving, especially when there is so much talent that can easily fit in a 12-team league.

Can Wings fly with a different coach? 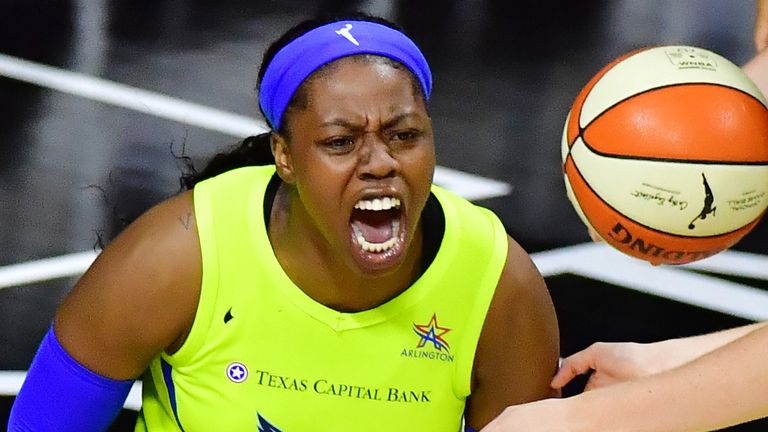 A surprising move last week saw Dallas Wings head coach Brian Agler step down. His departure comes after a new roster was put together this year with the youngest average age in the league, and Agler managed them to the precipice of playoff success.

On the shoulders of Arike Ogunbowale, who led the league in scoring, their season came down to the final game. They were edged out by defending champions the Washington Mystics but Agler had done enough. The Wings were ready for the next step.

But he and the franchise have “elected to go in different ways”. Agler is a two-time WNBA championship-winning coach, but if the Wings don’t believe he is the right person to lead this team, people have wondered if there were additional reasons for the split, including the legal case of Penny Toler’s claimed unfair dismissal when she was let go as general manager of the LA Sparks last year. As the former Sparks coach, Agler has been linked to the case.

The more pressing issue for the Wings, however, is finding a new head coach. The WNBA’s Players Association released a statement encouraging teams to look at the long list of qualified black women, including many former players, who could do the job – there are currently no black women employed as head coaches in the league.

Pokey Chatman has extensive experience with the Chicago Sky and the Indiana Fever. Edwige Lawson-Wade has had success playing in the WNBA and is now director of basketball operations for the French team BLMA. Rebekkah Brunson only recently retired from playing but has earned a lot of respect as an assistant coach to Cheryl Reeve on the Minnesota Lynx. But the person with the best knowledge of the Wings roster, and someone who impressed this season, is Dallas assistant coach Crystal Robinson.

Whoever earns the job, there are high hopes for this squad after a good first season together with their young core. Any coach would jump at the chance to get the most out of a blossoming superstar in Ogunbowale.

Are the Seattle Storm a dynasty? 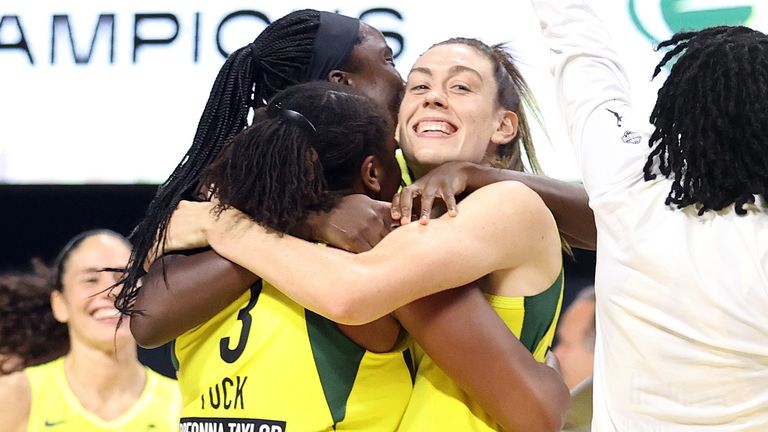 No WNBA champion has gone back to back since the LA Sparks won in 2001 and 2002. For whatever reason – injuries, roster turnover, season interruption due to international tournaments – it is incredibly difficult to manage consecutive championship seasons.

The Minnesota Lynx came close when they went to three straight Finals, twice, between 2011 and 2017, as did the Detroit Shock, who played in four Finals, including three consecutive, and picked up three championships between 2003 and 2008.

But back-to-back winners are rare.

The Seattle Storm have Breanna Stewart under contract until the end of next season, and Jewell Loyd and Jordin Canada will also be up for new deals. Each of those players has an extremely bright future and should receive as much as they are allowed, but if the Storm want to return to the Finals on 2021, they will need to keep much of this season’s core intact.

That means re-signing Natasha Howard, Alysha Clarke, Sami Whitcomb, and potentially paying a high price for Sue Bird, which will wipe out much of their available salary cap space. Epiphany Prince is also due a payday, and has earned a bigger contract after her performances this season, especially when Bird was injured, but she is arguably least relied upon out of that group.

However, trading away the likes of Morgan Tuck and Crystal Langhorne could save Seattle enough salary to ensure there is plenty of cap space to pay their future big three.

Bird might retire but she has expressed the desire to play one last season in front of fans, especially in Seattle’s Key Arena after its recent renovations. If the Storm can return with this year’s core next season, they stand a good chance of repeating as champions.

Will the Mystics bring back some magic? 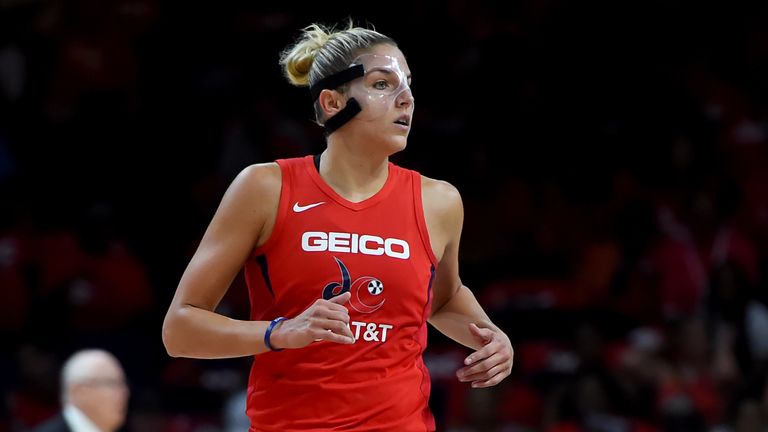 The 2019 WNBA champions played the 2020 season with a shell of their title-winning roster due to injuries, trades, social justice and coronavirus concerns. But if Elena Delle Donne, Natasha Cloud, LeToya Sanders and Tina Charles join Emma Meesseman, Ariel Atkins, Myisha Hines-Allen and Leilani Mitchell from the 2020 squad, the Washington Mystics could set a course for a 2021 Finals showdown with the Seattle Storm, a repeat of the 2018 Finals.

Not being able to see either side at full strength at different points in the past three years has been frustrating for fans. When the teams met in the Finals, it was a five-game war but with Delle Donne dragging around an injured knee, it was incredible the series even went that far. Sue Bird and Breanna Stewart missing the 2019 season through injuries made a rematch impossible and the Mystics won the Finals with a sweep. Then, this season, Seattle saw off the Las Vegas Aces in three games while the Mystics struggled to contend. In 2021, the Finals grudge match we will be hoping for is between these two, fully healthy, top teams.

Do the Aces have a card to play? 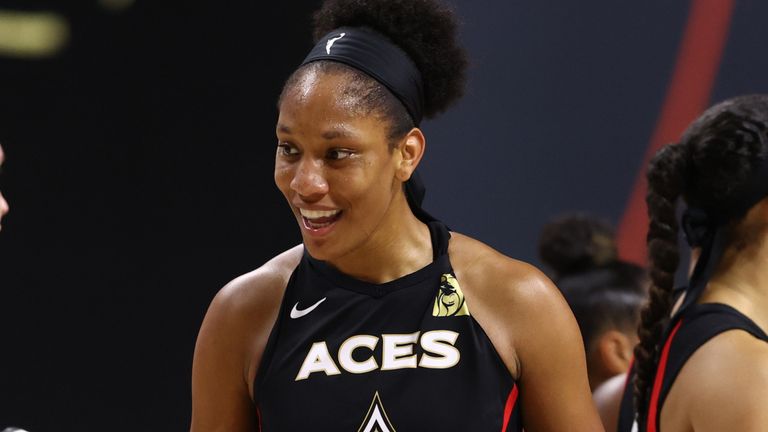 After reaching the Finals this year, it might be best for the Las Vegas Aces to tweak the roster rather than overhaul it. They have the MVP A’ja Wilson and two-time Sixth Woman of the Year (2019, 2020) winner Dearica Hamby. They also added an all-time Finals performer in Angel McCoughtry.

You would think the key to 2021 success would be to add a few complementary pieces around the edges, but they will add cornerstones to the team, which could change it entirely.

Liz Cambage is probably the most dominant offensive force in the low post in recent years. She didn’t play in the 2020 season due to coronavirus concerns and made the most of her time out by joining social justice campaigns in her home Australia.

Kelsey Plum is one of the best young point guards in the league, who proved in 2019 that to get the best from her, she needs the ball in her hands. Plum was injured just as teams were getting ready for the start of this year, and it looks like she will be away from playing for a year to recover, as she has joined the commentary team for her college alma mater.

Adding these two pieces could make the Aces incredibly dangerous, or it could derail the momentum they have built this year. But if there is anyone who can pull competing strands together for one goal, it is head coach Bill Laimbeer. 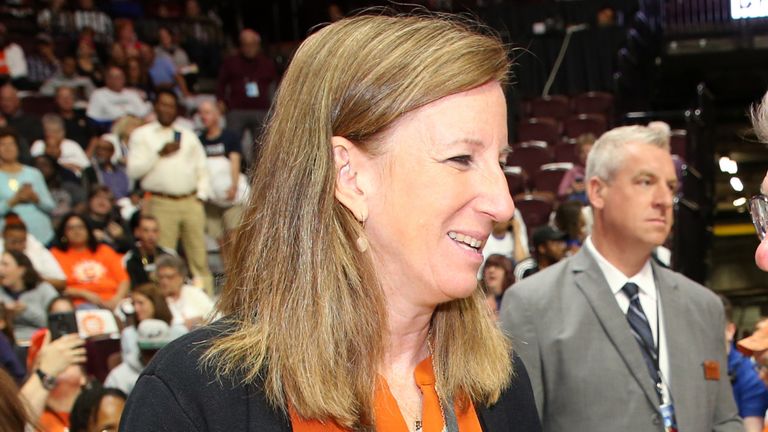 Before we start crowning Finals teams, however, much is yet to be settled. We don’t currently have a date for the WNBA Draft Lottery. Nobody knows when the 2021 season might tip-off – if it does at all. And the schedule will be up in the air as the Olympics will probably clash with some part of the season.

We also have no idea if the 2021 campaign will be in a bubble or held in regional or divisional bubbles to reduce travelling. Will fans be allowed in?

Don’t go placing any bets, but this year showed that the WNBA can achieve anything while putting on the greatest basketball spectacle possible.

Get NBA and WNBA news on your phone

Want the latest NBA and WNBA news, features and highlights on your phone? Find out more

In a first for the league, their Finals were at the same time as the NBA’s, and yet the WNBA viewership increased to an all-time high and interest is piquing.

The Players’ Association and the league knew that missing this year would cause major damage to the league’s fledgling success, and it is hard to imagine they would want to lose any momentum in 2021.

Want to watch even more of the NBA and WNBA but don’t have Sky Sports? Get the Sky Sports Action and Arena pack, click here.

BYU schedules Coastal Carolina with best intentions, even if CFP won’t see it

Tar Heels’ Mack Brown: What college football coach’s daughter will be on ‘Jeopardy!’ on Friday?

Celtic: Arrest made in the wake of Sunday's protests at Celtic Park