Why have the Milwaukee Bucks made such dramatic improvement under coach Mike Budenholzer?

The Milwaukee Bucks have made a leap first-round playoff losers to contenders to win the Eastern Conference – what have they done to make this dramatic improvement?

Milwaukee Bucks coach Mike Budenholzer is the subject of league-wide praise after his team started the season with seven straight wins to establish themselves as one of the Eastern Conference’s strongest sides.

The Bucks posted a record of 44-38 in the 2017/18 season and bowed out in the first round of the playoffs. Currently joint-leading the Eastern Conference with a record of 7-1, a 60-win season appears eminently achievable.

How has the hiring of ‘Coach Bud’ triggered this dramatic improvement? Lee Harvey, with help from stats site basketball-reference.com, details the key differences between Budenholzer’s Bucks and the 2017/18 Milwaukee team and explains why teams league-wide have good reason to ‘fear the deer’.

Increased commitment to the three-ball

The 2017/18 Bucks, coached by Jason Kidd and – following Kidd’s firing – interim coach Joe Prunty, ended the season ranked 20th in overall offensive rating. In a league becoming ever-more dependent on outside shooting, they ranked a lowly 27th in three-pointers made (8.8 per game) and 25th (25.6 per game) in three-pointers attempted. They made a pedestrian 35.5 per cent of the three-balls they attempted.

This resulted in a lack of spacing on the floor. Bucks’ star man Giannis Antetokounmpo, who relies on drives to the basket and post-ups to get his points, found his key scoring areas clogged by his own team-mates. 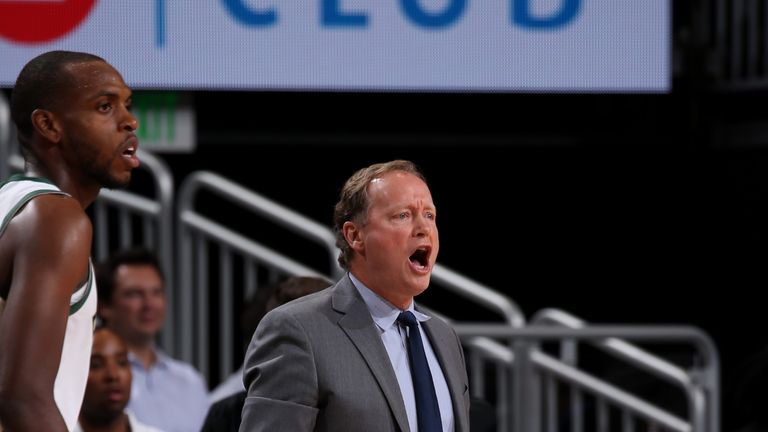 The 2018/19 Bucks now look, almost exclusively, for high percentage shots close to the basket and bombs from three-point land. The big men they added in the summer, Brook Lopez and Ersan Ilyasova, both shoot three-pointers and space the floor. With a clearer path to the basket, Antetokounmpo is thriving, matching his 2017/18 points per game average despite spending five less minutes on the court.

The difference in the Bucks’ three-point shooting is startling, a total about-face to the Kidd-Prunty ethos of last season. Under Budenholzer, the Bucks take 39.1 three-pointers per game (the third most in the league) and make 14.8 of them (the second most in the league). This has allowed them to improve their points per game average from 106.5 (15th best in 2017/18) to 119.1 (seventh best in this campaign).

In 2017/18, only five teams took more two-point shots than the Bucks. Their key players – Antetekounmpo, Khris Middleton and Eric Bledsoe – respectively took 19 per cent, 16 per cent and 12 per cent of their total shots from mid-range (defined by as two-points from 16ft or more), the least efficient shot in the game.

Under Budenholzer, those mid-range numbers have dropped dramatically. Mid-range jumpers form just 5.8 per cent of Antetokounmpo’s total shot attempts, 2.8 per cent of Middleton’s shots and 8.2 per cent of Bledsoe’s. Conversely, 56 per cent of Middleton’s shots this season have come from three-point range while 57 per cent of Antetokounmpo’s attempts have been made from within three feet of the opponents’ basket.

The Bucks’ best players are taking more efficient (easier) shots more often. Credit must go to the players for adapting to Budenholzer’s philosophy, an ‘about-face’ from what Kidd and Prunty asked of them last season, so quickly.

Beyond the big three/key personnel changes

While much of the Bucks’ 2018/19 roster was with the team last season, Budenholzer’s acquisitions of Lopez and Ilyasova have equipped Milwaukee with an increased scoring threat. The Bucks have already proven they can win without Antetokounmpo, who missed the 124-109 win over Eastern Conference rivals the Toronto Raptors on October 29 with a concussion. 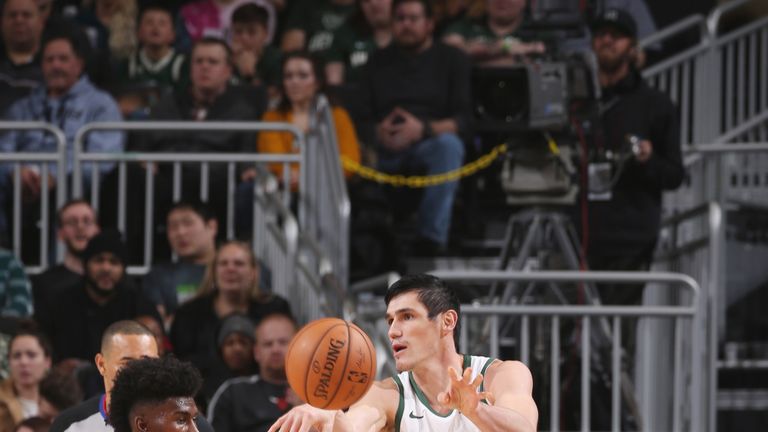 On that night, double-figure scoring from Middleton (14), Malcolm Brogdon (17), Bledsoe (17) and Ilyasova (19) made up for the absence of Giannis and paced the Bucks to an important victory. The latter three players all made more than 50 per cent of their shots in the win.

Not only are the Bucks disciplined enough to take the most efficient shots, on defense they are savvy enough to force their opponents to take the least-efficient ones.

Eight games into the season, just one team is defending three-point shots better than Milwaukee. Opponents are making just 31.5 per cent of three-pointers against the Bucks.

It gets even better from two-point range where the Bucks’ defense ranks first in the league. Opponents make just 40 per cent of their two-point shots when they face Milwaukee, a sure sign that Budenholzer’s players are doing a great job of denying high-percentage shots close to the basket. 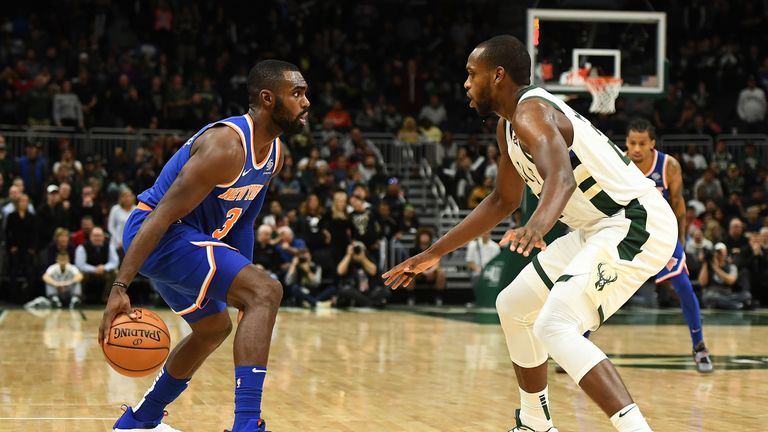 With the Bucks defending the rim and the three-point line with alacrity, their opponents are forced to rely on mid-range jump shots, their least-efficient offensive option.

The only time they failed to execute this tactic came against the Boston Celtics, who nailed 24 three-pointers to hand Milwaukee their first loss of the season.

Forcing opponents into inefficient mid-range shooting was a hallmark of Gregg Popovich’s title-winning San Antonio Spurs teams in the mid-2000s. It is no accident Mike Budenholzer was an assistant coach on those teams.

Only time will tell if Budenholzer can emulate Popovich and lead the Bucks to an NBA title. But their outstanding start to the season and the way they have adapted to quickly to a new offensive and defensive concepts should sound a warning to their Eastern Conference rivals that the young Bucks are truly coming of age.

On Saturday, November 10, you will be able to follow the Milwaukee Bucks @ Los Angeles Clippers, on a free live stream, from 8:30pm on skysports.com and the Sky Sports app.