All-Star guard Klay Thompson will miss the entire 2020-21 season after an MRI taken on Thursday revealed he tore his right Achilles tendon, according to a person familiar with the details.

The person spoke to USA TODAY Sports on the condition anonymity because they were not authorized to discuss publicly.

This marks the second consecutive season Thompson will miss after also injuring his ACL in his left knee in a Game 6 loss to the Toronto Raptors in the 2019 NBA Finals. The Warriors said Thompson injured his right leg during a pick-up basketball game against other NBA players on Wednesday in Los Angeles.

That development did not influence the Warriors from selecting Memphis center James Wiseman with the No. 2 overall pick. Warriors general manager Bob Myers said the team considered Wiseman as a top priority to revamp the center spot. But Thompson’s injury will prompt the Warriors to upgrade their wing and backcourt depth during free agency. 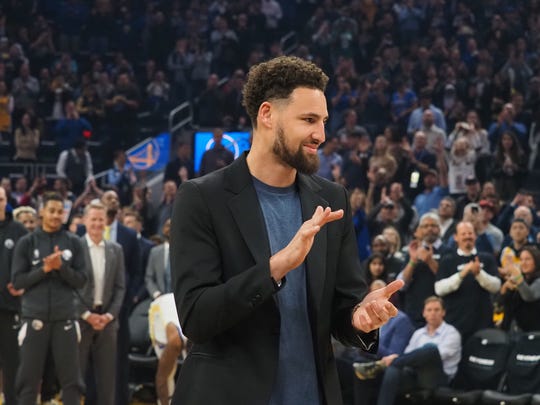 Myers said he has been given “the green light” to use the team’s $17.2 million trade exception that it acquired after trading veteran Andre Iguodala to the Memphis Grizzlies last summer. Other than that, the Warriors lack definitive options to complement All-Star Stephen Curry. They have second-year guard Jordan Poole, a player that developed with mixed results his rookie season.

As for Thompson, the Warriors hardly hesitated with granting him a five-year, $190 million contract in free agency even after he injured his left knee.

Thompson, a five-time All-Star, played a key role with helping the Warriors win three NBA titles out of five Finals appearances for his consistent shooting and perimeter defense. Before that injury, Thompson had missed only one playoff game in his eight-year NBA career and played in 615 out of a possible 640 regular-season games.

Rosehill: Greysful Glamour can return to winning ways back in Sydney