Ronnie O’Sullivan caused a stir among World Snooker Championships viewers on Friday after taking a leaf out of Mark Williams’ book against Anthony McGill. O’Sullivan and McGill ended Thursday’s session with the score at 4-4 with the world No 2 struggling to find his best form against his opponent.

O’Sullivan is looking to win a record-equalling seventh World Championships at the Crucible this month.

And while his matches garner the most attention when he’s at the table, Williams stole the limelight on Thursday for his controversial break-off technique.

The three-time former champion took the approach to nudge the cue ball into the back of the reds off the bottom cushion.

He first attempted the unusual technique at the Masters in January after growing frustrated with leaving opportunities open on the more traditional break-off. 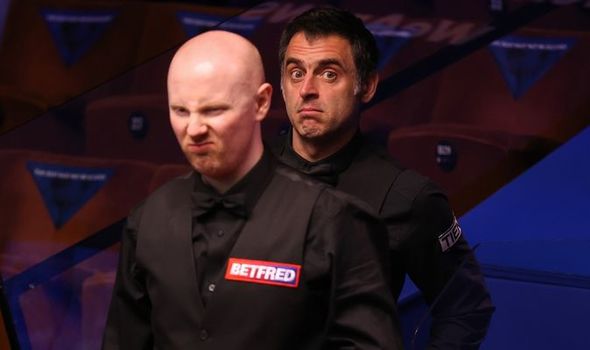 It worked to perfection in his first-round match against Sam Craigie, winning 10-4 to set up a second-round tie against John Higgins.

Williams’ break-off technique drew criticism from several players with Judd Trump making it clear that he wasn’t a fan.

“It’s not something I would ever do and it’s just so negative,” Trump told Eurosport.

“Being so outspoken about how I want to improve the game and make it more exciting, it’s certainly not something I’m a big fan of.”

However, O’Sullivan clearly was a fan of the controversial break-off as he began to use the technique against McGill in the Friday morning session.

And it garnered plenty of comments on social media from those watching on.

One viewer tweeted: “He tried the break-off Mark Williams does and left the red on from the break off! 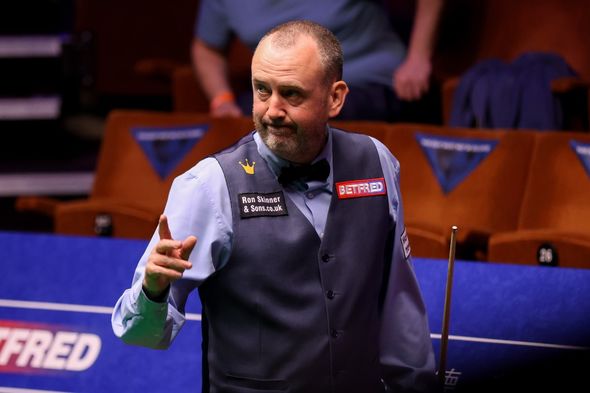 Another posted: “O’Sullivan breaks off. He goes for the Mark Williams style! And it goes wrong immediately leaving a red on for McGill.”

A fourth wrote: “WELL I BE DAMNED!!! That was NOT how you do a Mark Williams break off Ronnie.”