The Orlando Magic snapped a four-game losing streak on Sunday, while there were also wins for Phoenix, Brooklyn, Washington and Portland.

Aaron Gordon poured in 26 points – one of six Orlando players to reach double figures – as the Orlando Magic offered a glimpse of their promise in a 117-110 win over the San Antonio Spurs.

Leading by 17 points heading into the final quarter, the Magic looked to have put the game on ice when three-pointers by Jerian Grant and Gordon were followed by a dunk from rookie Mohamed Bamba to push the score to 99-76.

The Spurs, playing the second game of a home back to back, finally got rolling late to cut the Orlando lead to five points with 1:41 to play, but Nikola Vucevic hit a jumper and D.J. Augustin canned a pair of free throws with 16.2 remaining to repel the Spurs’ comeback bid.

The win snapped a four-game losing streak for the Magic while also ending the Spurs’ four-game winning run.

Augustin scored 18 points for Orlando and Terrence Ross hit for 17 off the bench, while San Antonio got 25 points from DeMar DeRozan in the loss.

Orlando entered the game as the only team in the league averaging fewer than 100 points per game, but they found their stride to build a 63-54 lead at half-time.

Orlando (3-6) now head home for the second game of a back to back against Cleveland on Monday while the Spurs (6-3) next play in Miami on Wednesday.

Devin Booker’s 17-foot jumper with 1.7 seconds left capped a fourth-quarter comeback by the Phoenix Suns as they snapped a seven-game losing streak with a 102-100 victory over the Memphis Grizzlies.

Booker, who played the entire fourth quarter with five fouls to his name, scored 14 of his game-high 25 points in the final period as Phoenix rallied from 12 points down.

Trevor Ariza added 16 points and nine rebounds, and rookie Mikal Bridges scored nine of his 14 points in the fourth quarter. 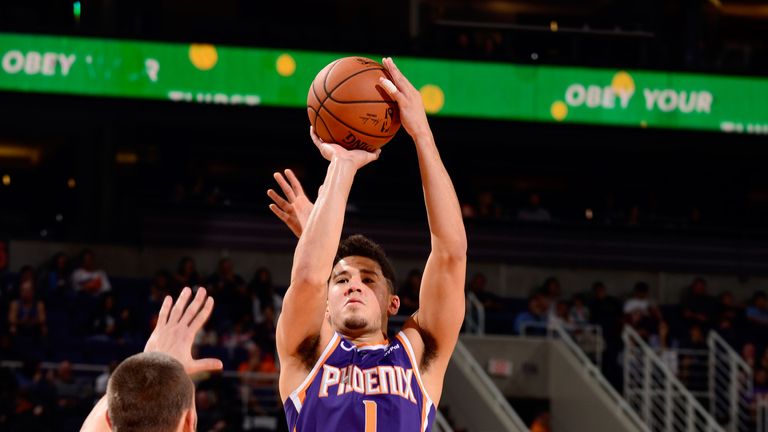 Shelvin Mack’s season-high 21 points led the Grizzlies, who got one more possession after Booker’s big bucket, but Mike Conley could not land his long three-pointer at the horn.

Isaiah Canaan had earlier hit a three that gave Phoenix a 61-56 lead in the third – the Suns’ largest lead of the game – but the Grizzlies responded with an 18-2 run to seize command as the Suns went almost four minutes without a point.

Jamal Crawford’s 33-foot heave helped cut the deficit to 81-77 at the end of the third, prompting Booker to stamp his mark on the game and get Phoenix over the line.

D’Angelo Russell scored 21 points and Caris LeVert added 20 as the Brooklyn Nets pulled away in the third quarter for a 122-97 victory over the Philadelphia 76ers.

The 76ers committed 28 turnovers – the most in the NBA this season – and remain winless on the road as the Nets (4-6), who scored 41 points in the third quarter, won for the second time in three games.

Russell shot 10 of 21 from the floor, and LeVert posted his sixth 20-point game – matching last season’s total – and had scored 18 by half-time while shooting eight of 20.

Rondae Hollis-Jefferson added 21 points, while Jarrett Allen posted a double-double with 15 and 10 boards for the Nets. 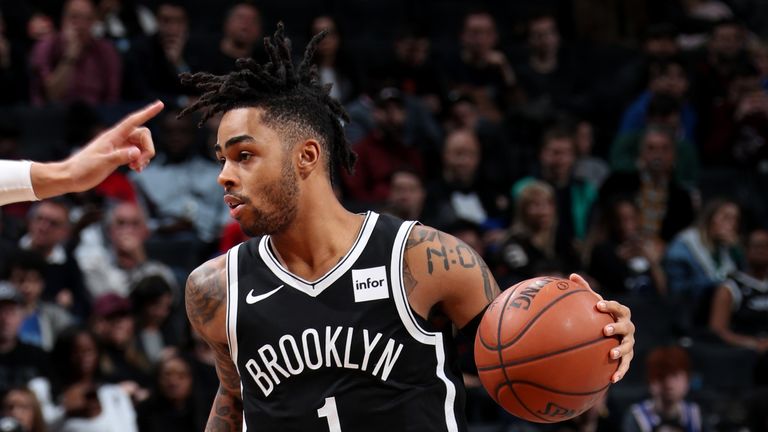 Ben Simmons led Philadelphia with 20 points and 12 rebounds for his seventh double-double, while Joel Embiid posted his league-leading 10th double-double with 16 and 15 rebounds.

But Simmons and Embiid also committed five turnovers apiece as the Sixers (6-5) were outscored 71-50 after halftime and dropped to 0-5 on the road.

The Sixers, who took 40 fewer shots than their opponents, missed their first 12 three-point attempts in a sloppy first-half which also saw Brooklyn miss 23 of their first 28 shots.

With the score tied at 86 early in the fourth quarter, the Wizards went on an extended 16-2 run that included seven points by Beal, who also blocked a Mitchell Robinson layup at the other end during that stretch.

Dwight Howard had 10 points and 10 rebounds in his second game with the Wizards while Markieff Morris scored 16 in the Wizards’ first home win of the season. 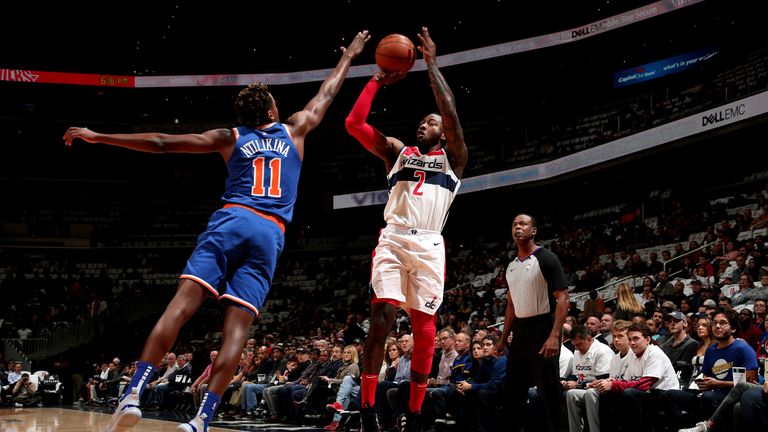 Enes Kanter had 18 points and 12 rebounds for the Knicks, while reserve Trey Burke scored 13 points and Damyean Dotson added 11 as the Knicks were hurt by turning the ball over 18 times.

Washington entered the game allowing a league-worst 123.9 points per game, but were more aggressive throughout, holding the Knicks to 41.9-percent shooting from the field and restricting an opponent to fewer than 100 points for the first time this season.

The Wizards were without Otto Porter Jr, who has a toe injury. He was replaced by Kelly Oubre Jr in the starting line-up and he finished with nine points. 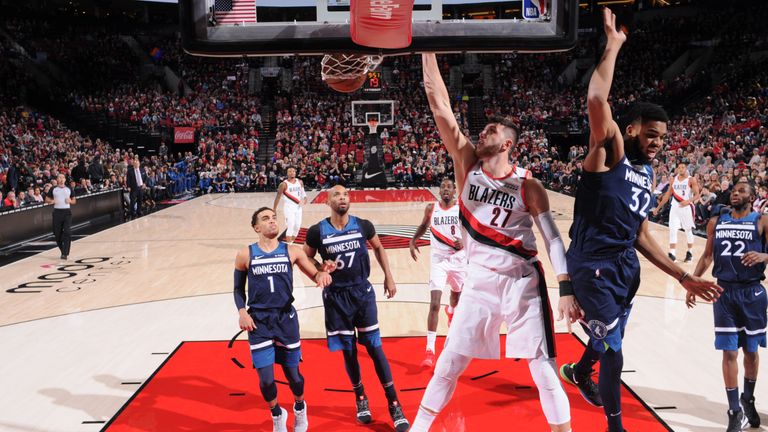 Jusuf Nurkic scored 19 points and grabbed 12 rebounds as the Portland Trail Blazers breezed to a 111-81 victory over the visiting Minnesota Timberwolves.

Damian Lillard scored 18 points and CJ McCollum added 16 for the Trail Blazers, who were in front after the opening minutes and led by as many as 36 points.

Meyers Leonard came off the bench for season highs in scoring (15) and rebounds (12) and Zach Collins added 11 points for the Blazers.

Karl-Anthony Towns led the Timberwolves – who were without Jimmy Butler, Jeff Teague and Derrick Rose – with 23 points while Andrew Wiggins added 17.

Portland won the backboard battle 66-38, grabbing 17 off the offensive glass, while the Timberwolves shot only 31.2 per cent from the field, including 23.3 per cent from three-point range.

When McCollum knocked down a step-back jumper, Portland’s edge was 85-57 late in the third quarter.

Early in the fourth period, the Blazers jacked the lead up to 97-64 and the Wolves got no closer than 30 points the rest of the way. NBA alerts on your phone!