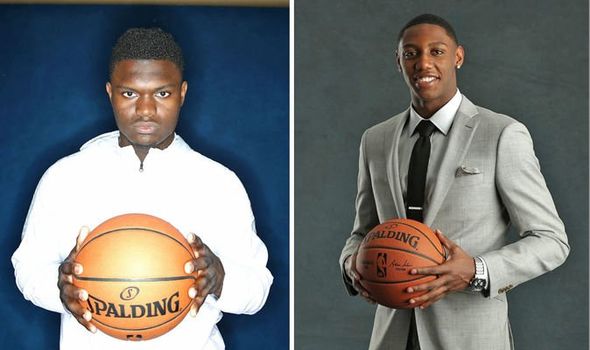 The shooting guard was one of the stand-out stars of what was an incredible year for the Blue Devils, as they made it through to the final four of the NCAA tournament.

Like Williamson, Barrett decided to declare for this year’s draft, and there is a high possibility that the pair will be the first two picks.

The draft lottery takes place tonight, with the worst teams from this year’s regular season all crossing their fingers for their name to be pulled for the first pick.

The New York Knicks, the Cleveland Cavaliers and the Phoenix Suns all have the joint-best chance of getting the first pick with 14 per-cent, while the Chicago Bulls have a 12 per-cent chance.

The Knicks are widely expected to sign Kevin Durant and Kyrie Irving in free agency this summer, and it has been suggested by Shams Charania of The Athletic that they will look to trade the first pick to the New Orleans Pelicans for Anthony Davis if they win the lottery.

Barrett insisted that he has no preference over where he ends up, but believes that he should be recognised as the best player in the bunch.

“I won’t prefer playing anywhere,” he told ESPN. “I’m just excited to see what goes on and to be part of that experience.

“This year was a lot of fun, it came with a lot of hype. Learning how to play with everyone watching you, wanting you to fail.. knowing that and still playing through it, it’s going to be fun, and I feel like I’m ready. 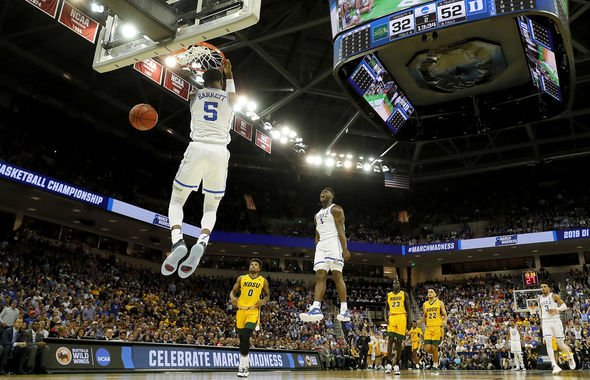 “Of course, I believe in myself, my success, who wouldn’t believe they’re the best? I’ve put in work just like everyone else, so yeah, I believe I’m the best player.”

Despite Duke missing out on winning the NCAA title, Barrett was still pleased with his success this year, and spoke about life with Williamson.

The 18-year-old was Barrett’s room-mate at Duke, and apparently the pair enjoyed a few one-on-one sessions on the court.

“There’s been some good battles. I think we’re pretty split,” he laughed. 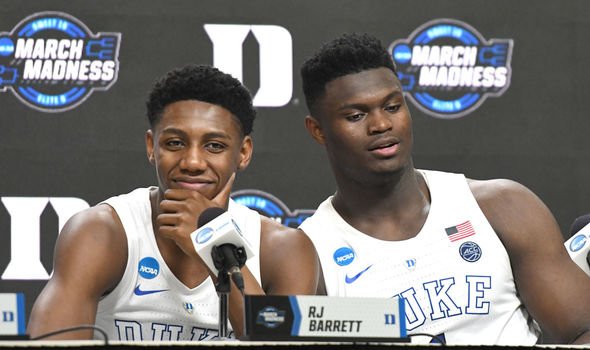 “He’s definitely a great player, full respect to him he’s my brother, love playing with him, looking forward to playing against him. There’s been some good battles.

“It’s great, he was my room-mate, just to have someone of that stature out there with you, off the court, all of that.

“He’s been a great brother to me, we became really close over the course of the year, and it was fun to go into battle with him.”