Leave the fighting to Floyd! Front row seat for Mayweather as savage punch-up breaks out in LeBron’s home debut for LA Lakers

LeBron James scored 24 points for the Los Angeles Lakers in his wild home debut, which included three players getting ejected for fighting late in the fourth quarter of the Houston Rockets’ 124-115 victory Saturday night.

Chris Paul and the Lakers’ Brandon Ingram and Rajon Rondo were tossed with 4:13 to play after a prolonged series of confrontations that put an ugly end on a celebratory night for Lakers fans eager to welcome James to the West Coast.

The game was close until Ingram was called for a foul while trying to defend an aggressive drive by James Harden, who finished with 36 points. The normally mild-mannered Ingram shoved Harden and then confronted referee Jason Phillips after getting a technical foul. 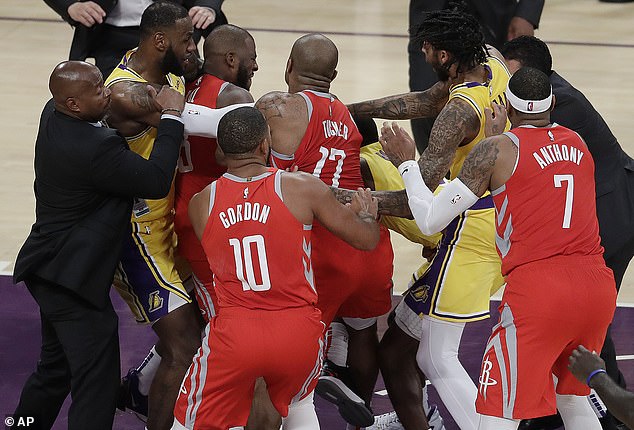 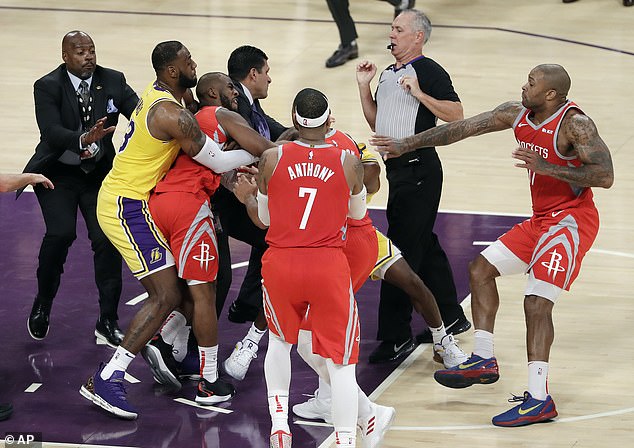 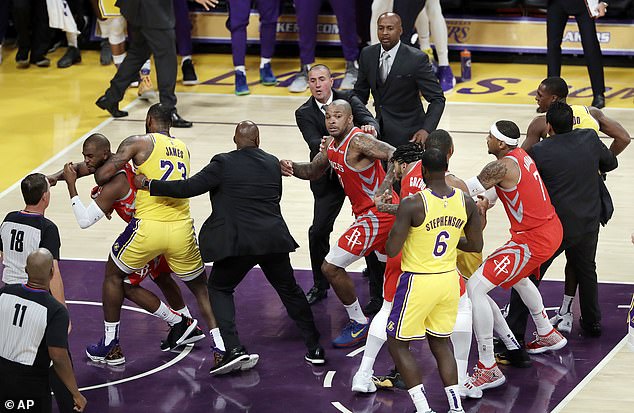 In the ensuing group argument, Paul stuck a finger into the face of Rondo, who responded by punching his fellow point guard. Ingram then threw punches in the melee, while James attempted to break up the fight by grabbing Paul, his friend.

When the action cooled, Harden hit a key 3-pointer to propel the Rockets to their first win of the season.

James also had five rebounds and five assists. JaVale McGee had 16 points and six rebounds in his own Lakers home debut, while Rondo had 13 points and 10 assists before getting thrown out.

Paul had 28 points, 10 assists and seven rebounds before getting tossed. 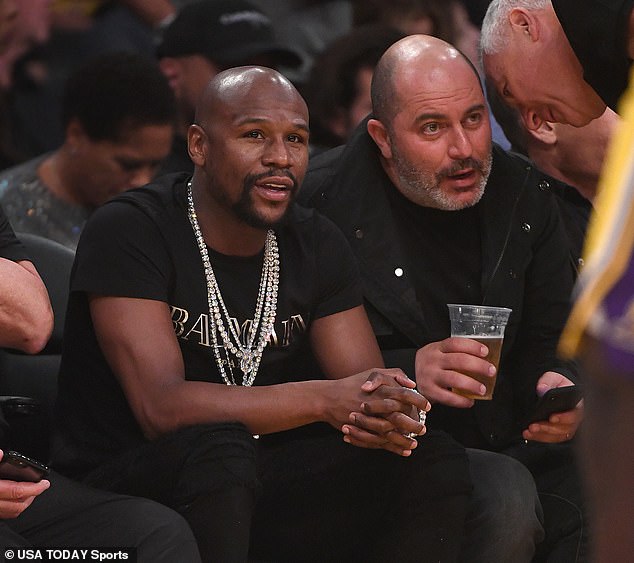 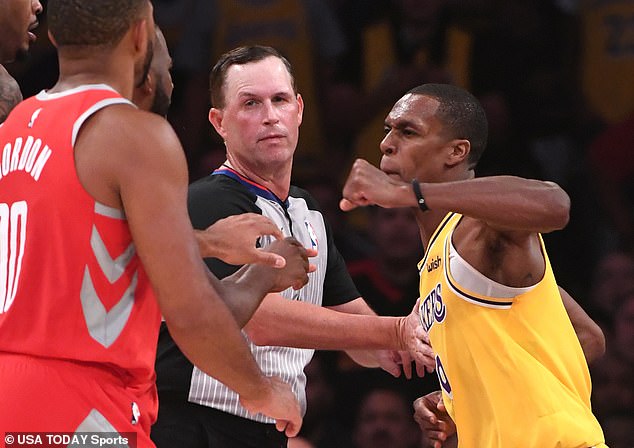 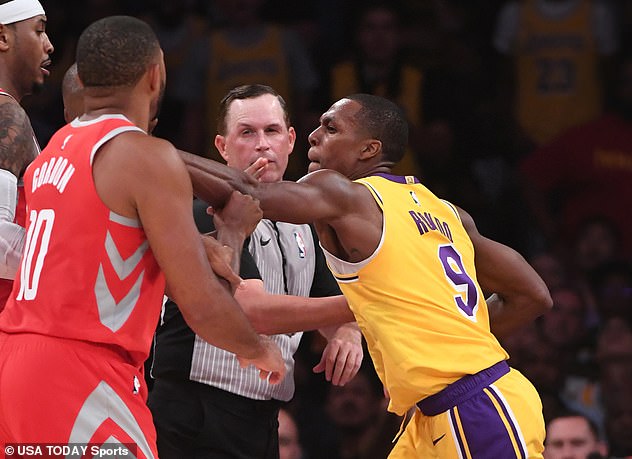 Before the late drama, the sold-out Staples Center formally welcomed its new superstar with countless ovations, and James gave a solid performance alongside his new team-mates.

The revamped Lakers still aren’t quite ready to compete with a Western Conference powerhouse like the Rockets, who pushed through a close fourth quarter to drop James’ Lakers to 0-2.

Clint Capela had 19 points and 12 rebounds, and Carmelo Anthony scored seven points off the bench as Houston rebounded from an embarrassing season-opening loss to New Orleans.

James’ West Coast chapter formally began Thursday with a 128-119 road loss to the Trail Blazers. James scored 26 points in Portland, but the Lakers’ team vibe could take many weeks to solidify before they can compete regularly with veteran play-off-contending rosters.

The Rockets are a few months removed from reaching Game 7 of the Western Conference finals, and they’ve added Carmelo Anthony to their attack. 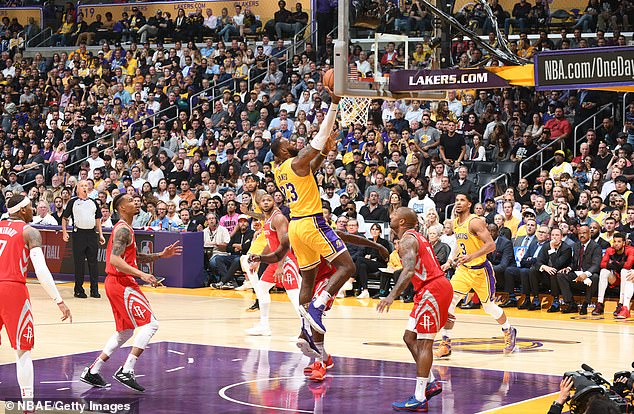 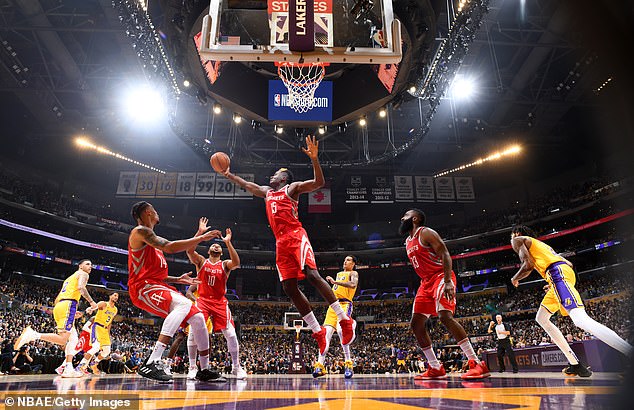