Laura Kenny has opened up on her “nightmare year” after clinching a gold medal for Team England in the Commonwealth Games in Birmingham. The 30-year-old came home in first place in the 10km Scratch Race to earn England’s first gold in Track Cycling at the 2022 event.

New Zealand’s Michaela Drummond won silver, with Evans eventually fading out towards the end of the race and beaten to the punch by Canadian rider Maggie Coles-Lyster, who secured the bronze medal.

It marks a huge achievement after a difficult period for Kenny. In November 2021, she suffered a miscarriage with her husband, Jason, at nine weeks. In January, she had to have a fallopian tube removed due to an ectopic pregnancy which occurs when a fertilised egg implants itself outside the womb.

Kenny admitted she had even considered quitting cycling the night before the race after reflecting on her passion for the sport and a “nightmare year” in her personal life. 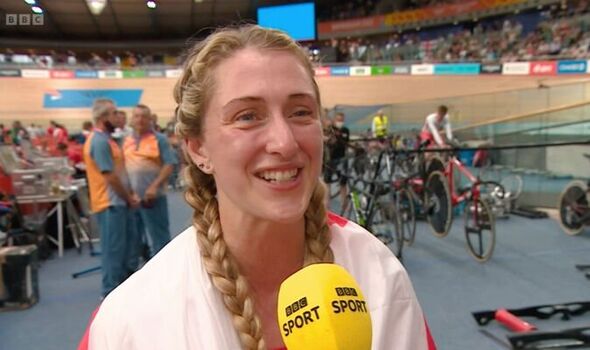 “I can’t believe it. Honestly last night I said to Jase, ‘I think this is going to be my last race.’ After yesterday I watched Adam Peaty and I reflect on his interview and thought, ‘That’s me, that’s me all over’. I’ve lost the spark,” Kenny said to BBC Sport.

“Training doesn’t come that easy. Today I’m like, ‘Uh here we go again.’ I’ve been there three Olympic cycles now. To keep picking yourself up after this whole year has been a nightmare. I’ve just absolutely lost motivation.

“Then last night I was messaging my new coach Len and I was like ‘No, I’m not giving up! I’m not giving up on this, I’ve got one more roll of the dice, please just help me.’ It couldn’t have been better set up.”

Kenny’s triumph is her first Commonwealth title in eight years since her victory in the points race in Glasgow back in 2014 and England’s first cycling gold of the Games. 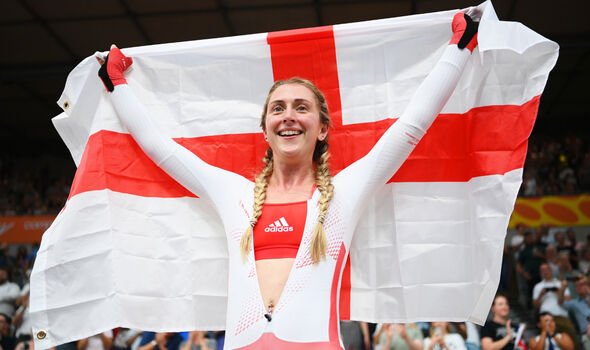 But the Sheffield-born star admitted she suffered from a “serious confidence crisis” after witnessing Matt Walls’ horrific crash at the Lee Valley VeloPark, which forced the race to be abandoned after several people were treated for injuries.

“Yesterday was a pretty bad taste to be honest. I just wasn’t in the right frame of mind. You see Wallsy crash like that and it really makes you think, ‘What am I doing?’,” Kenny added. “I’ve been so lucky my whole career, I’ve had one broken shoulder and one broken arm. It’s really not been that bad.

“You see something like that, I messaged Monica straight away and said, ‘I’m having a serious confidence crisis.’ I just didn’t want to be on the track. Whenever I feel like that I race badly and that’s what happened yesterday, I raced badly and didn’t get a result.

“Today I was so fired up, I kept saying to myself in the toilet, ‘You can do this!’ On the start line, I haven’t got any points so I’m way down the back of the track, and some man goes ‘You’ve got this Laura’ and I wanted to turn round and be like ‘Yes I have!’ I just felt like a completely different bike rider.”