Brazilian heavyweight Raphael Pessoa Nunes has been handed a two-year suspension after a second violation of the UFC’s anti-doping policy, United States Anti-Doping Agency has announced.

USADA officials confirmed that the 32-year-old committed three separate offences ‘involving his use and/or attempted use of a prohibited substance, positive tests for that substance, and evasion of sample collection’, all of which were combined into a single, secondary sanction.

The Brazilian tested positive for hydrochlorothiazide, a diuretic commonly used to mask other banned substances, and its metabolites chlorothiazide and 4-amino-6-chloro-1,3-benzenedisulfonamide from urine samples collected on February 9, 2021, February 15, 2021, February 16, 2021 and March 4, 2021. 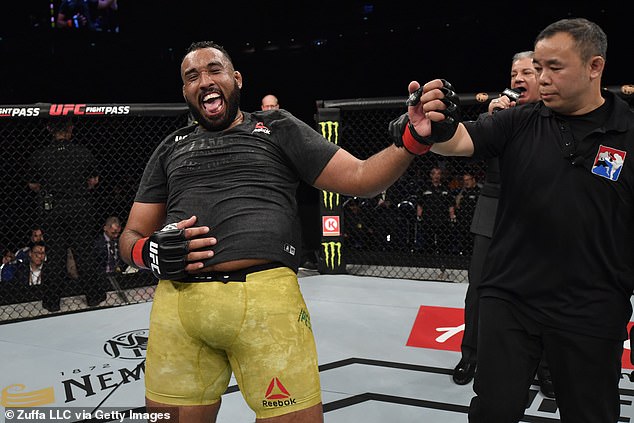 ‘Because Pessoa Nunes was not yet notified of the positive tests until after all four samples were collected, they were treated as a single second violation,’ USADA’s statement read via MMA Fighting.

As a result of his most recent violation, Nunes has been handed a second suspension that will run until February 2023. 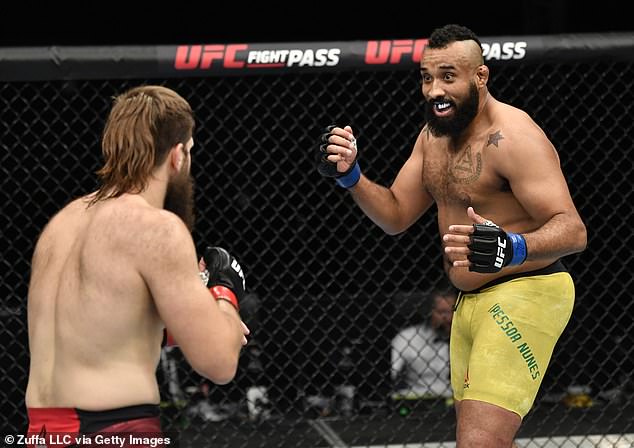 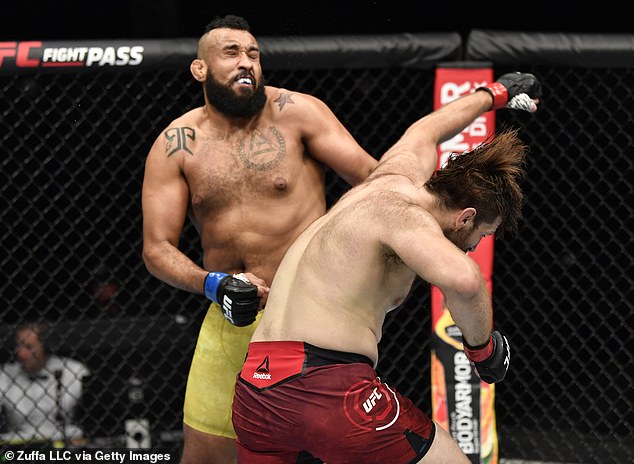 Nunes tested positive for hydrochlorothiazide, the substance that saw him banned last year

The suspension was made retroactive to February 9, 2021, that date being when the first positive sample was taken.

Nunes had previously tested positive for the same substance and was serving a one-year period of ineligibility from the UFC, beginning on March 4, 2020.

The 32-year-old has a record of one win, two losses in the UFC and was last in action on Fight Island last year where he lost to Tanner Boser.