Khabib Nurmagomedov has had his first training session since the tragic passing of his father, Abdulmanap, as he prepares for UFC 253.

The Russian’s father, 57, passed away earlier in July after contracting coronavirus. The UFC lightweight champion has been given time to mourn the death of his father by president Dana White.

He is expected to make his return to the octagon later in the year to fight Justin Gaethje and defend his lightweight crown. 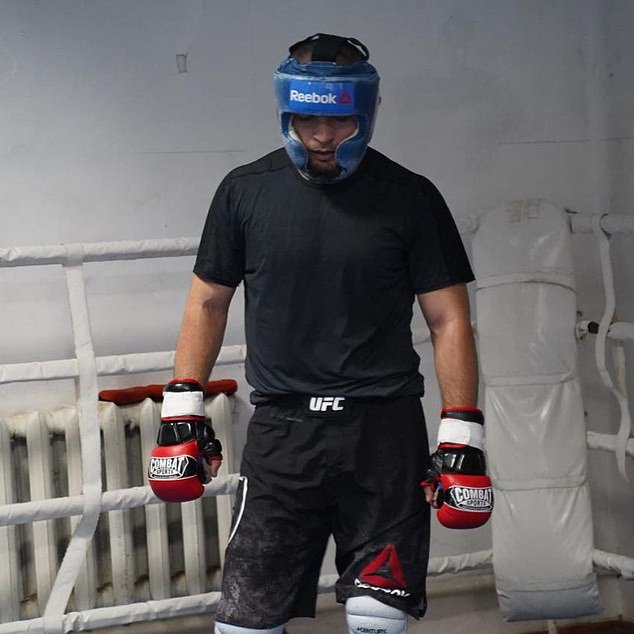 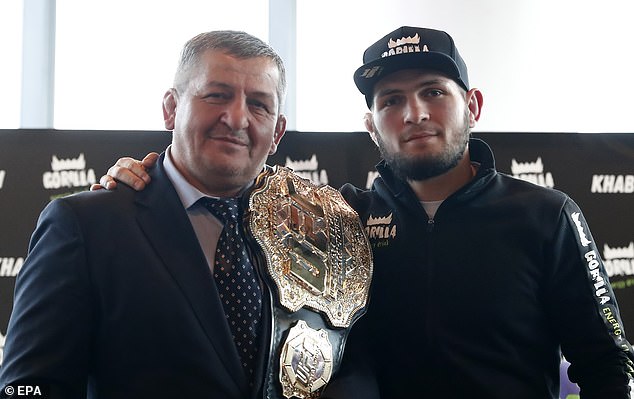 His father, Abdulmanap, passed away earlier this month after contracting coronavirus 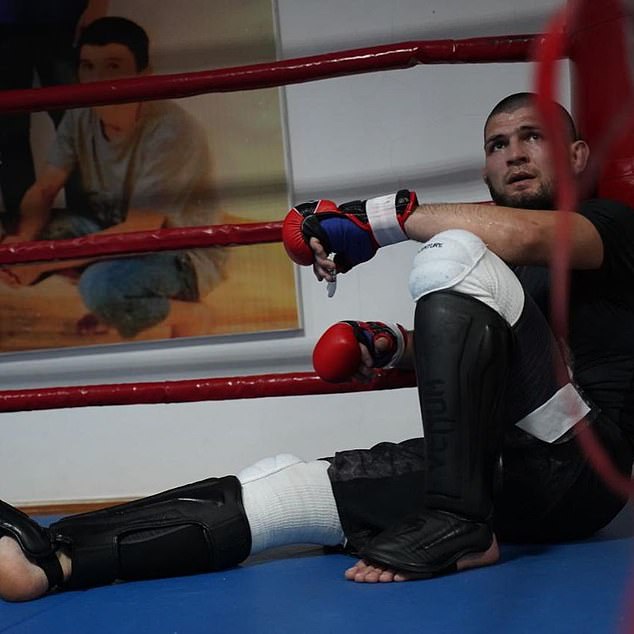 Photos have surfaced of Khabib back in training as he prepares for his long-awaited return to action under emotional circumstances.

The bout with Gaethje is likely to take place in Abu Dhabi, the place Khabib claimed his last UFC victory over Dustin Piorier.

The win last September was a particularly special moment for Nurmagomedov, who had his father in his corner for the first time. Sadly, it was the only time he was able to be there.

Abdulmanap Nurmagomedov is a highly-respected figure in combat sports in Dagestan, and was passionate bout developing local fighters. 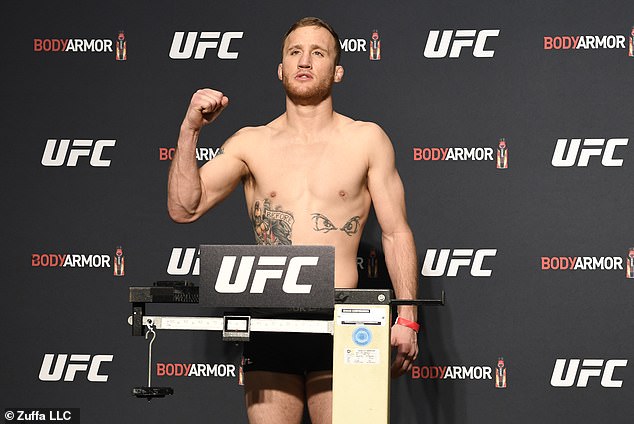 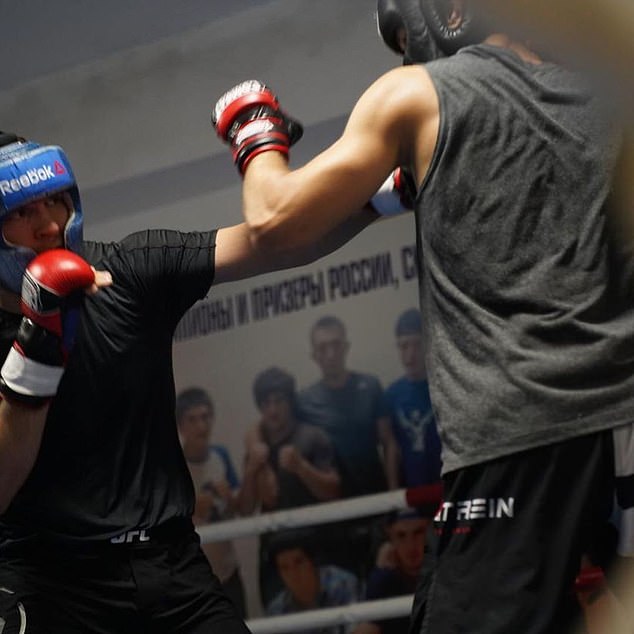 Khabib explained that he wants to continue his father’s legacy and thanked everyone in the UFC for their support.

He said: ‘I would like to thank you for your respectful and trusting attitude towards my father.

‘He had a lot of plans, I consider it my duty to see them through to the end.’