Game 3 of the American League Division Series series between the Tampa Bay Rays and Boston Red Sox might have had one of the wildest endings in postseason history. The two teams had battled back and forth for more than five hours, with the Rays’ Wander Franco and Randy Arozarena leading a comeback in the eighth inning to help send the game into extras. Neither squad could get much going from the 10th to the 12th, but then all hell broke loose in the 13th.

First, Kevin Kiermaier looked like he had put the Rays ahead with a deep shot to center field that likely would have scored Yandy Diaz. The ball hit the wall, however, and then bounced off Red Sox right fielder Hunter Renfroe out of play in an unusual, nearly unprecedented sequence of events. Seriously, when was the last time you saw a ball bounce off a player and go into the stands unless it was literally that one time Jose Canseco caused a home run with his head? It was a bizarre play that provoked quite a bit of reaction around the baseball world.

Confused? So was … just about everyone, honestly. Fortunately, we managed to track down the relevant rule.

Nick Pivetta, who was otherwise on fire, managed to get out of the inning without further damage, and the world settled in for perhaps several more hours of — wait, no, actually, Christian Vazquez ended it with a walk-off two-run home run in the bottom of the inning.

Absolute heartbreak for the Rays — and they’ll have to try to stave off elimination in less than 24 hours. 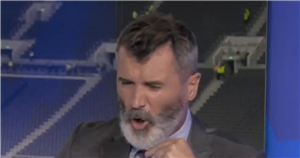