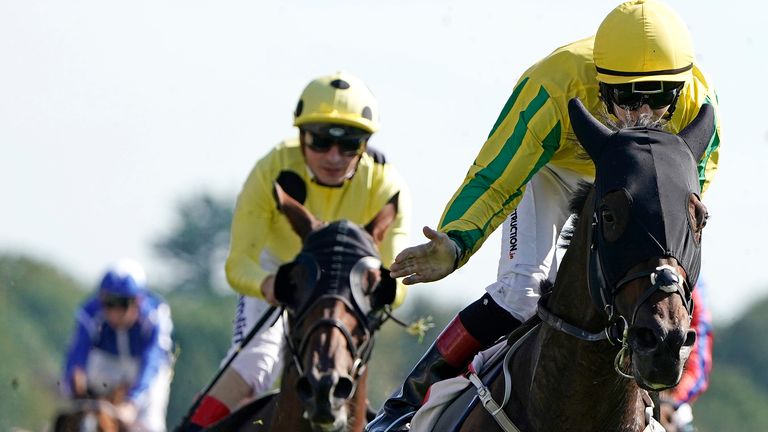 Trainer Ger Lyons insists he “wouldn’t have a clue” if Mustajeer has what it takes to claim the Melbourne Cup following his victory in the first £1million Sky Bet Ebor at York on Saturday.

Having finished fourth in the prestigious handicap last summer, the David Spratt-owned six-year-old was carefully prepared for a second shot at Sky Bet Ebor glory and ran out a decisive winner in the hands of Colin Keane.

Speaking on Racing TV’s Luck On Sunday programme, Lyons said: “The plan for yesterday was set in motion when he finished fourth last summer. We thought ‘they’re making this a £1million race, it would be rude of us not to go over and have a go at it’.

“Very seldom in our game does it work out. If you gave me fourth place money before the race, I’d have took your hand off – that’s not being pessimistic, it’s just realistic.

“To see him win as he did was just phenomenal. All the stars aligned and we won the first £1million Ebor.”

Mustajeer is now bound for pastures new, with owners Australian Bloodstock snapping him up with a view to a tilt at the Flemington showpiece on the first Tuesday in November. Spratt retains a share and Kris Lees has been appointed as his new trainer.

Far from disappointed at the prospect of losing his charge, Lyons is proud of what he managed to achieve at York.

He added: “He heads down to Australia to some new owners. As I said to them yesterday, the pressure is on them – I’ve done my job!