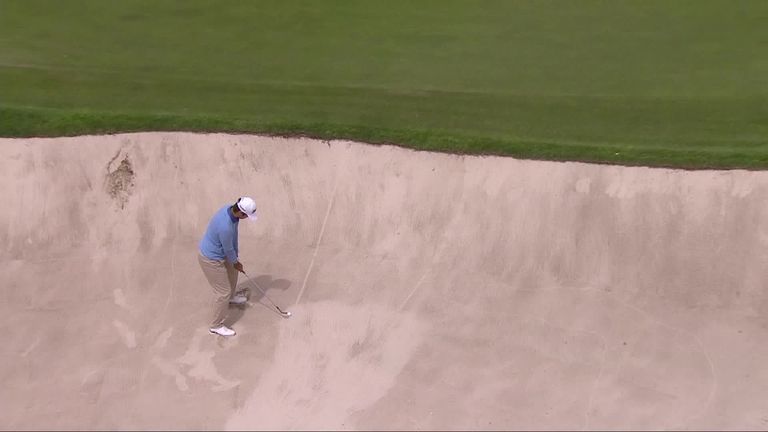 Jorge Campillo hit the rocks as he double-bogeyed the par-three 13th during the second round of the Oman Open, but at least the Spaniard’s ball remained dry.

Campillo’s tee shot found the greenside bunker and he then over-hit his second shot with his ball appearing to be heading into the sea.

However, the ball bounced back into play off a rock, although it rolled down the slope and left him 70 feet from the pin, from where he took three putts to hole out.

After tapping in for his five, Campillo went to cast away his ball into the sea but – yes you have guessed it – it once again clattered back off the rocks and onto the green.

Campillo also carded a nine on the par-three sixth during his second-round 78 but, remarkably, he is still firmly in contention on one under, and just four off the lead, after four birdies over the first eight holes of his third round.