Solheim Cup 2019: Who will be Team USA’s top scorer at Gleneagles? 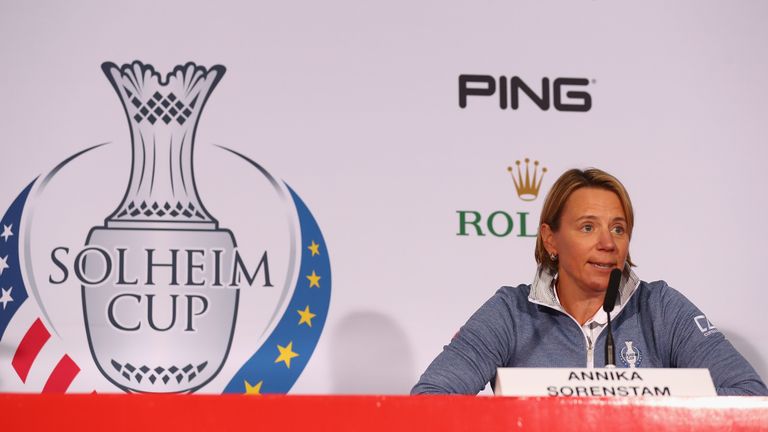 Team USA are chasing further Solheim Cup success this week at Gleneagles, but which player will finish top-scorer for Juli Inkster’s side?

The visitors arrive in Scotland chasing a third straight victory in the biennial contest, having produced a final-day comeback to win 14.5-13.5 in 2015 and then register a 16.5-11.5 victory two years later.

Inkster has captained the last two American teams, having featured on five winning teams as a player, with the 59-year-old now looking to become the first player to captain Team USA to three Solheim Cup victories.

USA may be the odds-on favourites to defend their title and boast a much stronger team in terms of world ranking, but Inkster’s team don’t have as much Solheim Cup experience as their counterparts. Lexi Thompson is one of only three American players to have previously played a Solheim Cup on European soil, with Morgan Pressel and Lizette Salas the only other survivors from their dramatic victory in Germany four years ago.

Danielle Kang and Angel Yin both return having made their debuts in the 2017 contest, while Jessica Korda features for the first time since appearing in Team USA’s record-breaking defeat in 2013.

Six of Inkster’s side will be Solheim Cup rookies this week, with Nelly Korda, Megan Khang, Marina Alex, Brittany Altomare and Annie Park all making their maiden appearances and Ally McDonald joining that list after making a last-minute switch with Stacy Lewis.