Cameron Smith was offered the chance to run salt into the wounds of Rory McIlroy as he faced the media during last week’s LIV Golf series event in Chicago. The Open champion bagged £3.5 million after finishing 13 under par at Rich Harvest Farms, three shots clear of Peter Uihlein and Dustin Johnson.

The Australian star signified a huge signing for LIV in August when he put pen to paper on a reported £118 million deal, just weeks after capturing his first major championship at St Andrews. In a final day shootout with Rory McIlroy, Smith shot a sublime eight under par 64 to finish two shots clear of his rival.

McIlroy has been one of the most vociferous critics of the Saudi-backed venture, and after The Open tried in vain to persuade his rival to stay with the PGA Tour. He and Tiger Woods have since joined forces to establish TGL, a venture designed to attract a new audience and that will run in conjunction with the PGA.

The Northern Irish star also took aim at LIV Golf at the recent BMW PGA Championship at Wentworth, where LIV defectors were permitted to play. And he’s undoubtedly been a thorn in Norman’s side having essentially adopted the role of spokesperson for the status quo. 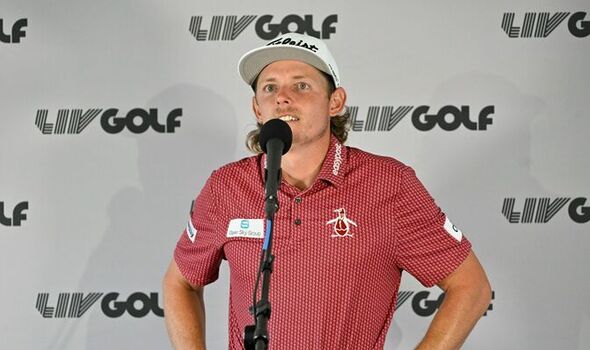 After the first round in Chicago, Akili Johnson, of DrunkByTheTurn, posed a strange question to Smith over him beating McIlroy at St Andrews: “I just wanted to reflect on you being the 150th winner of The Open. I know you’d spoken about how many beers you could fit in the Claret Jug,” Johnson said.

“I think it was two. I just want to know, how many of Rory McIlroy’s tears were you able to fit in it after it?” The query prompted laughter from Smith and playing partners Matthew Wolff and Phil Mickelson, before the world No 3 said he wouldn’t be answering. 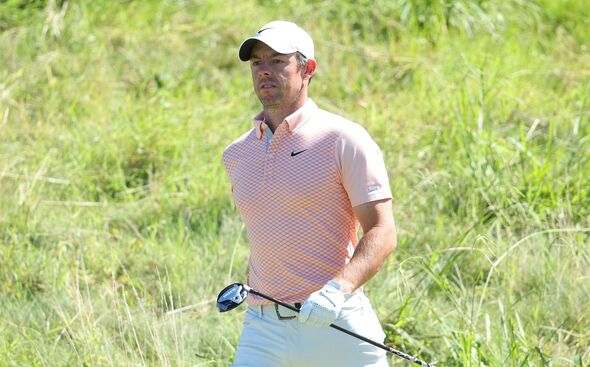 The volatility in golf’s civil war shows no signs of letting up, with Mickleson warning that the rebel series is here to stay. The American has called for the PGA Tour to co-operate with Norman and co for the sake of both sides.

“The best solution is for us to come together,” he said. “I think that the world of professional golf has a need for the old historical ‘history of the game’ product that the PGA Tour provides. I think that LIV provides a really cool, updated feel that is attracting a lot younger crowds.”