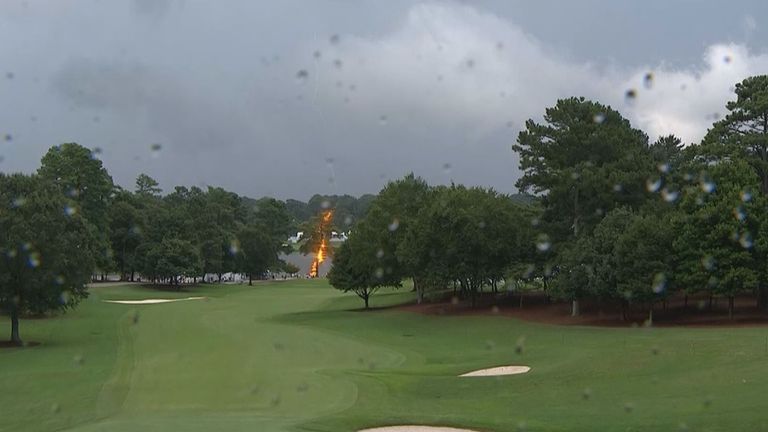 Justin Thomas reclaimed the lead in the early stages of round three at the Tour Championship before play was curtailed by dangerous weather in Atlanta.

Thomas and overnight leader Brooks Koepka completed only five holes before the players were removed from the course due to approaching thunderstorms, and play was abandoned for the day shortly after a terrifying lightning strike caused injuries to half a dozen spectators.

The PGA Tour later announced that, although the fans were taken to hospital, their injuries were not believed to be life-threatening and confirmed that play would resume at 8am on Sunday morning (1pm BST).

Live coverage of the conclusion of the FedExCup will resume on Sky Sports Golf via the red button at 1pm on Sunday, with main coverage to follow the Scandinavian Invitation at 4:40pm.

Thomas, who began the tournament with a two-shot advantage over the 30-man field as the FedExCup standings leader, was one behind Koepka overnight but five opening pars were sufficient to see him return to the top of the leaderboard.

Thomas did not miss a fairway or a green in regulation but was unable to give himself a good birdie chance as he stayed at 12 under par, but Koepka and Rory McIlroy both made uncertain starts and bogeyed the first hole. 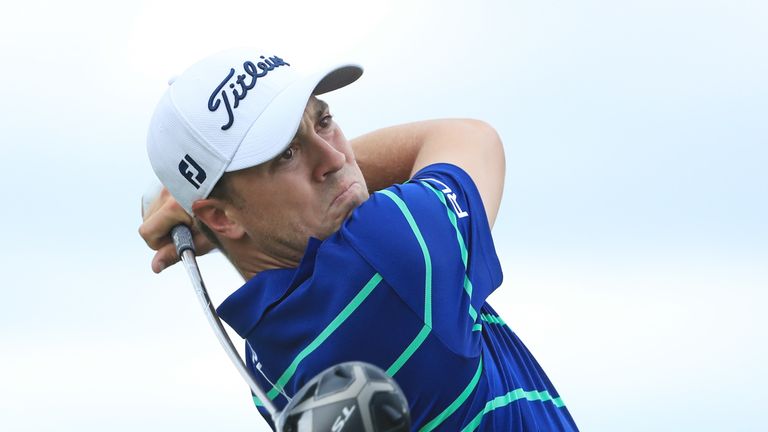 McIlroy, one behind overnight, split the fairway with his opening drive but then flew the green with his second and failed to get up-and-down from the rear rough, but he will have a chance to get the shot back when play resumes as he had just hit the par-five sixth green in two moments before the klaxons sounded.

Two putts from just over 40 feet will see McIlroy jump back into a share of the lead with Thomas, while Koepka will look to repair a damaging start, with bogeys at the first and third before he did well to avoid another at the fifth as he saved par from seven feet.