World cricket’s governing body has received an official complaint from the South Africa board over Australia’s 11th hour postponement of the tour, triggering a process which could see Cricket Australia pay a significant sum in compensation.

In an escalation of the conflict between the two nations, Cricket South Africa wants the matter to be heard by the International Cricket Council dispute resolution council as to whether Cricket Australia breached agreements in place for the World Test Championship and Future Tours Programme. 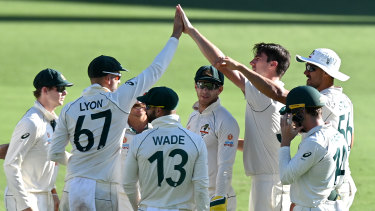 Boards can be subjected to a fine of at least US$2 million ($2.58 million) for failing to honour their FTP commitments but there is an acceptable non-compliance clause for CA.

CA chairman Earl Eddings, in an email leaked by South African media, has indicated Jolimont is willing to pay “out of pocket expenses” for pulling the pin on the three-Test tour, though that would likely be only a fraction of the TV revenue South African cricket stands to lose.

CA withdrew from the tour due to the “unacceptable” health risk in South Africa, where there is a more contagious strain of coronavirus circulating in the community. CSA, citing a clause in WTC rules, wants independent health experts to determine the whether those dangers were reasonable. And it is calling for those experts to be from South Africa.

“It would seem inappropriate to appoint a health and safety consultant outside of South Africa given that such an expert would be unlikely to properly and accurately comprehend the COVID-10 related risks within South Africa and how they may be adequately managed,” acting CSA chief Pholetski Moseki wrote in a letter quoted by the cricinfo website.

“Given the nature of the pandemic, it will inevitably require location-specific advice.”

While the number of new coronavirus cases in South Africa fell to 2320 on Wednesday, Australian health authorities have taken a stricter approach in their handling of the pandemic.

CA says it wants to play the series at a later date, though cricket authorities in South Africa are unsure where they can squeeze the games in due to an already crowded international calendar.

Both countries have a window from July to September though that may require matches to be played on the Highveld in South Africa, where temperatures can dip to near freezing at night. It is possible, however, as seen in 2016 when the Proteas hosted New Zealand for Tests in August.

South Africa is sceptical of Australia’s preparedness to play but CA says it had devoted plenty of time and resources into saving the tour, pointing to the weakened squad it had selected for the Twenty20s in New Zealand as an indication of its willingness.

Meanwhile, Victoria young gun Will Pucovski is to undergo a shoulder reconstruction which will rule him out for four to six months, ending his domestic season.

The operation will be performed by Dr Greg Hoy, who has repaired the shoulders of Shane Warne and AFL great Chris Judd.

There had been hopes the batsman would not need surgery but the injury, sustained on his Test debut in Sydney, has not improved over the past six weeks.

“The medical advice is this is the best way forward for Will to prepare him for the 2021-22 season,” CV’s cricket boss Shaun Graf said. “We’ll work closely with Will throughout his rehabilitation and look forward to seeing him back playing for Victoria and Australia later this year.”

In the Sheffield Shield, Nathan Lyon made an emphatic return to the game, collecting 6/21 for NSW as the Blues fought back on day two of their game against Victoria.

And in Hobart, discarded opener Joe Burns began the road back to the baggy green with a dominant 171 in Queensland’s total of 275 against Tasmania.