Jos Buttler has doused the prospect of adding an incendiary ingredient to the top of England’s Test team by saying he has enough on his plate as the country’s new limited-overs captain.

Buttler, 31, was touted as a potential opener in England’s brave new world under Brendon McCullum by his Rajasthan Royals coach Kumar Sangakkara.

The addition of the world’s premier striker of a white ball to their attacking philosophy is undoubtedly a salivating prospect but not one in the thoughts of the man himself. 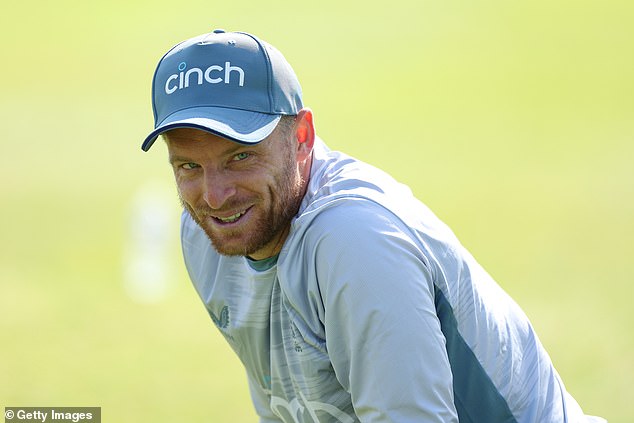 Speaking at his Edgbaston unveiling as Eoin Morgan’s successor, Buttler offered a reminder that he was axed less than six months ago, adding: ‘Rightfully so. I had a poor Ashes series, I’m not part of the team at the moment, and the team is playing fantastically well, so it doesn’t look like a team that needs people from outside.

‘I’m very focused on the white-ball stuff and really excited for the challenge that lies ahead. I think it’s going to be a really big challenge and one that needs my full-time.

‘Certainly, being captain of the white-ball team is my number one priority. Talking about the Test stuff might be a question that never has to be answered unless someone wants to pick me for the team – which hasn’t been the case.’

Buttler was involved in the selection of the two squads England named for Twenty20 and one-day series against India between July 7-17. 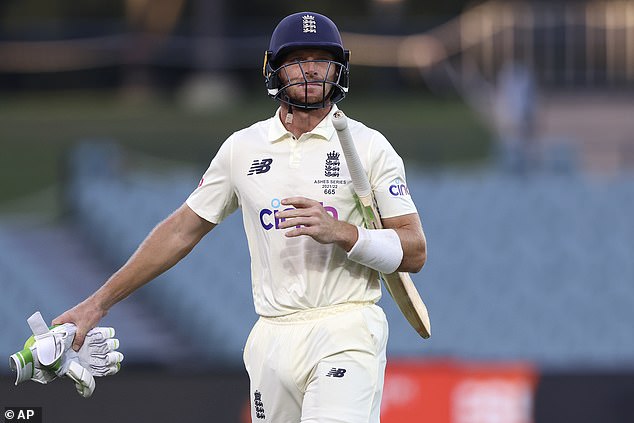 They represent the start of a new era, following seven years of unparalleled success under Morgan’s stewardship.

‘They’re big shoes to fill, aren’t they? But the team is in a great place isn’t it, and I see the game in a very similar way to Eoin. I want us to play in exactly the same way. One big thing that we always talk about as a group is not setting boundaries, not having limitations, always being keen to improve, always pushing the bar higher and that’s the thing to try and work on. Where are those areas that we can improve? What can we keep doing? But I hope that the style of play remains exactly the same.’

One surprise was the selection of Ben Stokes in the 50-over party, given that Morgan recently told Sportsmail that England’s Test captain would not be seen in the shorter formats this summer. July also represents a potential pocket of rest in another saturated calendar.

‘There are certain guys we are going to have to manage throughout the summer and Ben is obviously one of those who does everything,’ Buttler said. 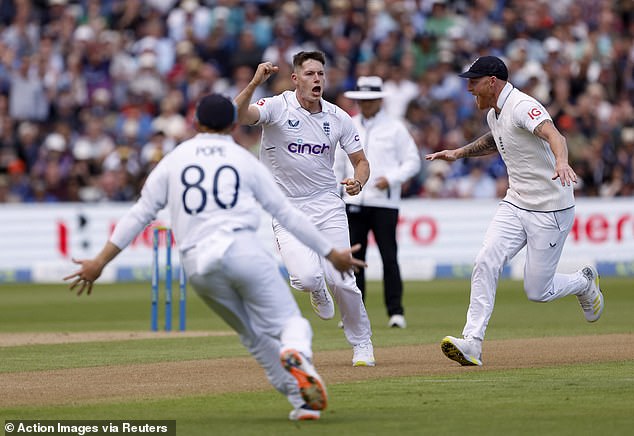 ‘I’m delighted he’ll be available for those ODIs. He’s such a big part of any team he plays for, he’s one of the best players in the world, so it’s a great bonus for us he can play some games.’

Yorkshire duo Joe Root and Jonny Bairstow are also in the 15-man squad for a three-match campaign which offers England the chance to reclaim their world number one ranking from New Zealand via victory.

Yorkshire’s Harry Brook is the one uncapped player in that group while there is also an international Twenty20 debut on the cards at the Ageas Bowl next Thursday for Buttler’s Lancashire team-mate Richard Gleeson, a 34-year-old fast bowler specifically selected for his prowess at the death.

Phil Salt, who made such a strong impression in the 3-0 whitewash of the Netherlands recently, is included in both squads while there are four left-armers – Sam Curran, Tymal Mills, Reece Topley and David Willey – in a 14-strong T20 party.

Yorkshire leg-spinner Adil Rashid, England’s most prolific bowler in T20 internationals, has been given permission by the ECB to miss all six India fixtures to make The Hajj pilgrimage to Mecca.