‘We are witnessing greatness’: England fans celebrate as ‘one of the best to have ever played’ Joe Root puts New Zealand to the sword with match-winning century in first Test

Root, whose unbeaten 115 from 170 balls included 12 fours, passed 10,000 test runs as he ran a quick two with a flick into the leg side, and he celebrated by raising his bat to the Lord’s crowd and kissing his helmet.

The reaction from England fans on social media was one of joy, pride, and love towards the former captain, who became just the 14th – and joint youngest – man in history to pass the 10,000 run landmark in the capital. 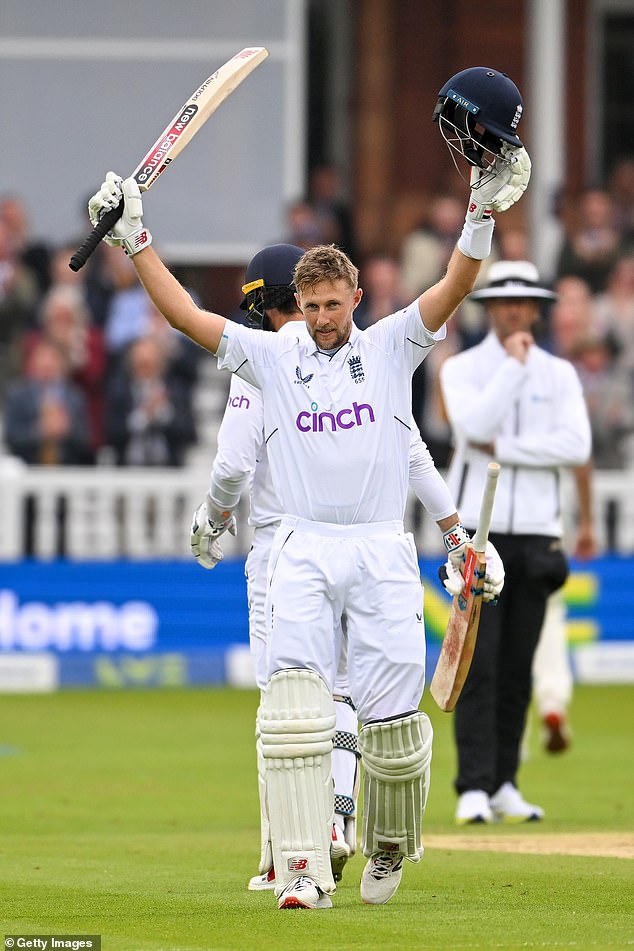 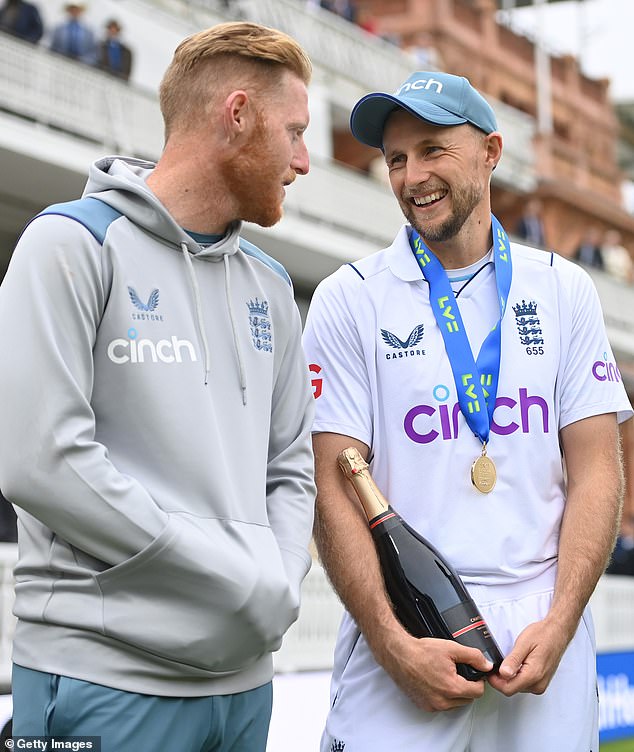 ‘We are witnessing greatness,’ said one user, moments after the Yorkshireman brought up his ton.

‘Is there any better English sportsperson right now than Joe Root?’ a third questioned.

Some fans references the fact it was Root’s first match after stepping down as England captain, a role which was assumed by all-rounder and a good friend of Root in Ben Stokes.

‘Without the added weight of the captaincy he’ll go on to score thousands more.’

‘Debate his captaincy all you like, he’s batting royalty,’ tweeted another user. 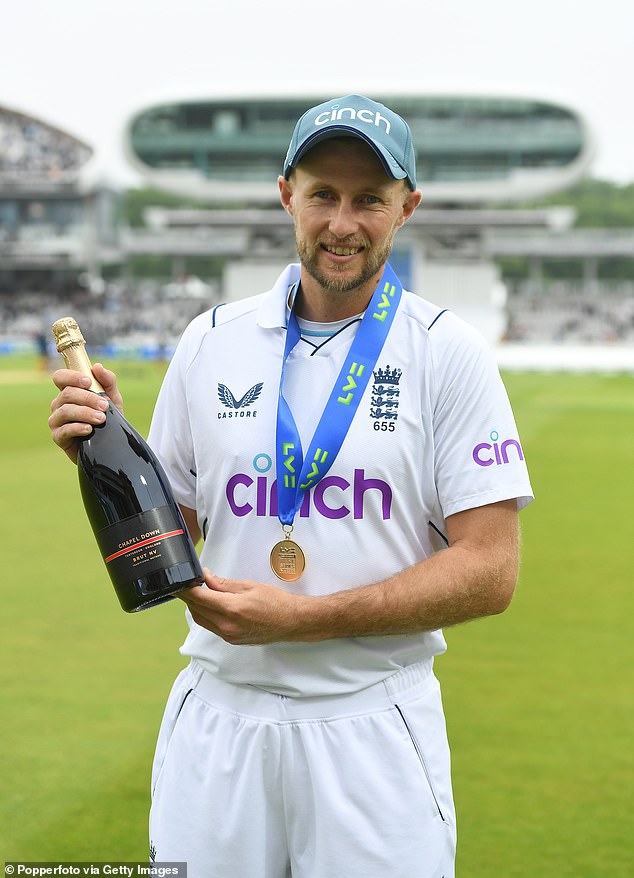 Fellow sports starts joined in the celebrations on Twitter, spearheaded by former England cricketer Jack Russell, who wrote: ‘@root66 some player, savour every minute of his batting while we have the chance.

‘The stats show that players of his brilliance don’t come around too often.’

2005 Ashes winning captain Michael Vaughan posted: ‘England’s most complete all-round batter of all time .. 10,000 runs & to do it with a match-winning 100 is incredible.’

Root, who tied with his former captain Alastair Cook when becoming the joint-youngest player to reach 10,000 runs – has endured a difficult few months, with England losing the Ashes 4-0 in Australia before a dismal 1-0 defeat away to the West Indies.

But it now seems England’s star man is back enjoying his himself again.

One fan said ‘I could not be happier to see Joe Root enjoying his cricket again.’

Root will have the chance to impress again when the second test begins on Friday, with England now leading the three-match series 1-0.