‘He’s got some serious b*******’: Ben Stokes proud of his final-wicket partner Jack Leach as fans laugh at tailender cleaning his glasses during crazy comeback to keep Ashes alive

Ben Stokes was delighted with his final-wicket partner Jack Leach as England pulled off an incredible comeback to keep the Ashes alive on Sunday.

Stokes scored 135 not out to win the third Test by one wicket as Leach finished on one not out.

Australia were overwhelming favourites to win the Test and if they had done they would have retained the Ashes. 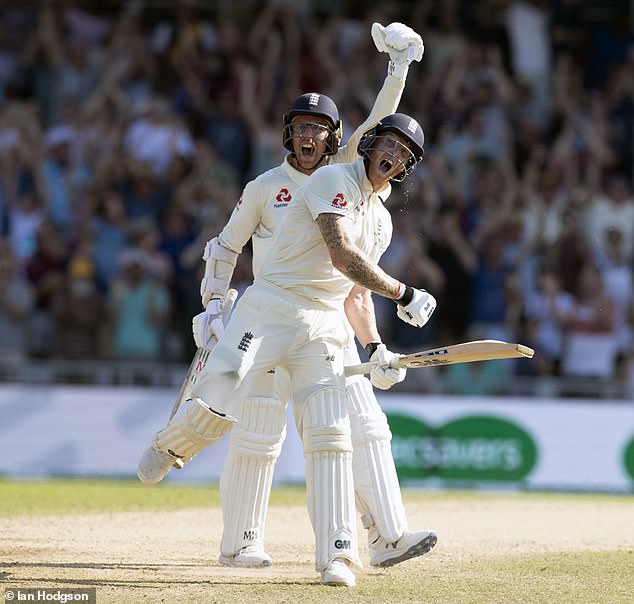 Now the series is level at one apiece and Stokes described his nerves as the runs required trickled down.

Stokes told BBC Test Match Special: ‘I couldn’t look when Jack Leach was batting. I was just waiting for the reaction of the crowd! It’s amazing.

Stokes also told Sky Sports how he managed to pull off the victory: ‘Never give up, it’s not over till it’s over. When Leachey came in it was pretty clear what had to be done. 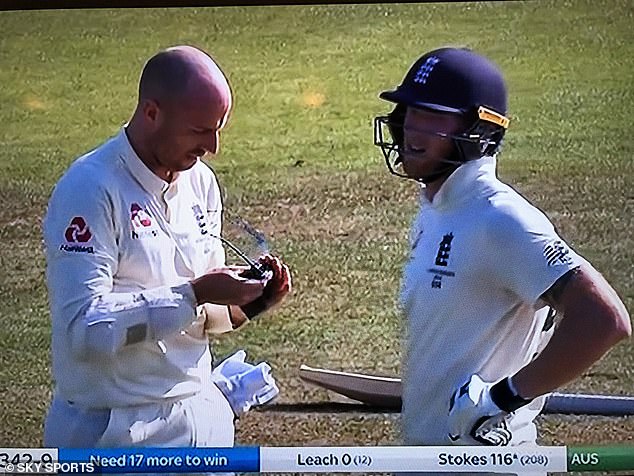 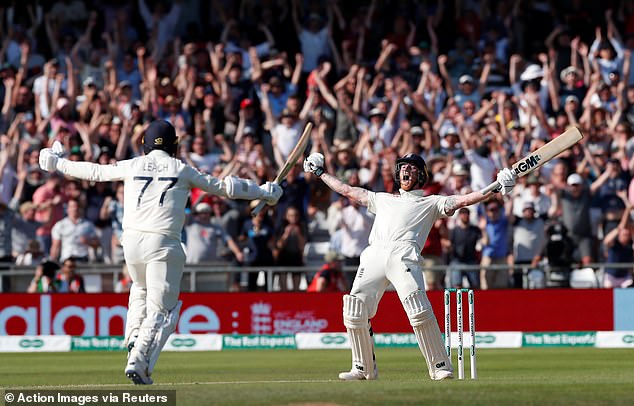 ‘He’s made 92 as a nightwatchman so I backed him, knowing what he had to do. But I couldn’t watch the balls going down to him at the end.’

‘It’s right up there. We had to win this game to stay in the Ashes and we managed to do it.

‘We’ve managed to keep our hopes alive of doing the double. We’ve got a bit of break now and hopefully we can hit the ground running in Manchester.’

Leach was spotted cleaning his glasses whilst the drama was unfolding which amused people on social media.

One person said: ‘Ben Stokes hitting sixes with Jack Leach polishing his glasses at the other end. It really doesn’t get any better.’

Someone else said: ‘Not forgetting Jack Leach with an epic 1 not out – bet those glasses are steamy now.’ 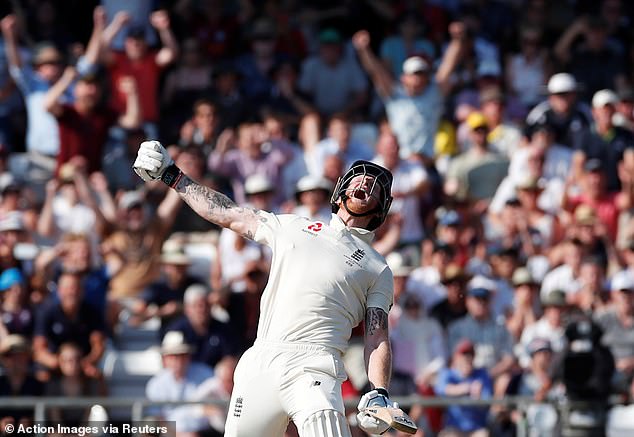