Tony Bellew believes he can “expose” Oleksandr Usyk’s flaws then “break his heart” in their undisputed world title fight.

Bellew challenges for Usyk’s four cruiserweight belts on November 10, live on Sky Sports Box Office, and has labelled his esteemed opponent as the “most formidable test” of his 33-fight career.

“I have more flaws than him. We all have flaws. But it’s about who can expose the other’s flaws,” Bellew told Sky Sports News on Friday after the penultimate session of his training camp. 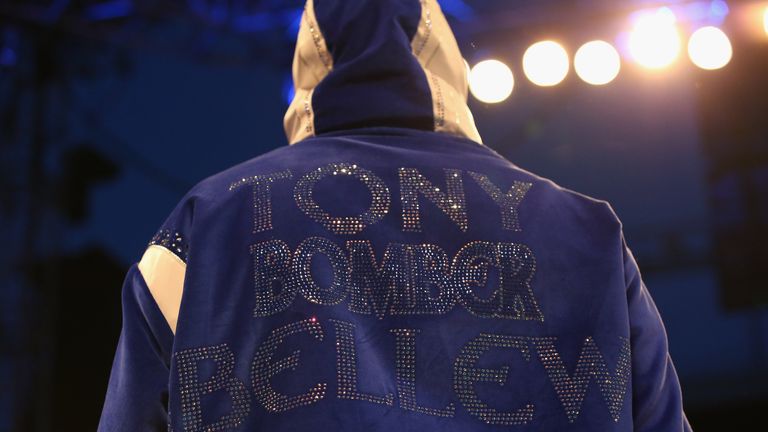 I will get to Oleksandr Usyk and break his heart and take his soul.

“I don’t think any fighter has been good enough, strong enough, consistent enough or most importantly believed in themselves enough over the 12-round duration go expose his weaknesses.

“I ain’t going to tire. And nobody believes I can do it more than me.

“He’ll find out what it’s like to have someone in front of him who believes in themselves. I can be 10 rounds down and I’ll get him – it will only take one lapse of concentration.

“Believe you me, I will get to Oleksandr Usyk and break his heart and take his soul.” “This is a mega-fight and I could never have envisioned fighting for all of these belts against someone who people say is one of the greatest cruiserweights of all time – I would put him at No 2, behind the fantastic Evander Holyfield,” Bellew said.

“I’m going in for the most formidable test of my career.

“I’ve been in as the massive favourite and it does nothing for me. In the last half of my career I’ve been an underdog an awful lot.

“There will be no excuses, and nothing that people can say, when I beat this guy. I will have gone beyond my wildest dreams.” Bellew won the WBC title two years ago at Goodison Park, home of his beloved Everton, in his 30th fight.

He then won back-to-back grudge matches against David Haye as a heavyweight, but insists the final outing of his career opposite Usyk will be the most difficult.

“Without a doubt. This is the most complete fighter I have ever faced but I’m at a stage of my career where this is the best that I’ve ever been,” he said.