Canelo Alvarez will move up to light heavyweight to take on Sergey Kovalev for a piece of the 175-pound title on November 2 in Las Vegas.

Alvarez, who currently holds titles at 160 pounds, will try to become a champion in his fourth weight class when he meets Kovalev in a scheduled 12-round fight at the MGM Grand.

The fight was announced on Friday by Golden Boy Promotions, which promotes the Mexican champion. 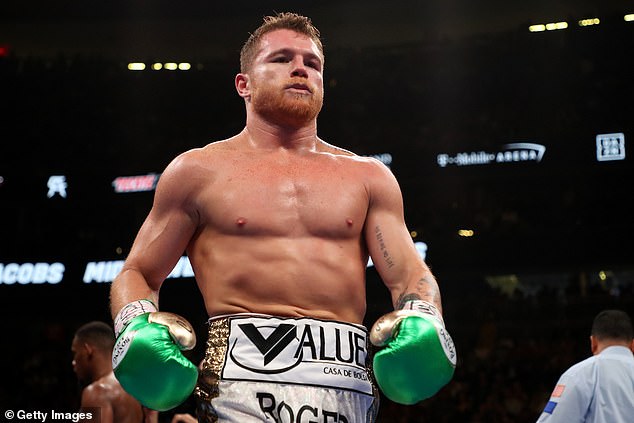 29-year-old Alvarez comes into the fight after a points victory over Daniel Jacobs in May.

Kovalev had defended his piece of the light heavyweight title on August 24 by stopping Anthony Yarde in Russia.

Kovalev (34-3-1) is known as a big puncher with knockouts in 29 of his wins. But the 36-year-old Russian lost twice to Andre Ward and struggled at times against Yarde before stopping him in the 11th round. 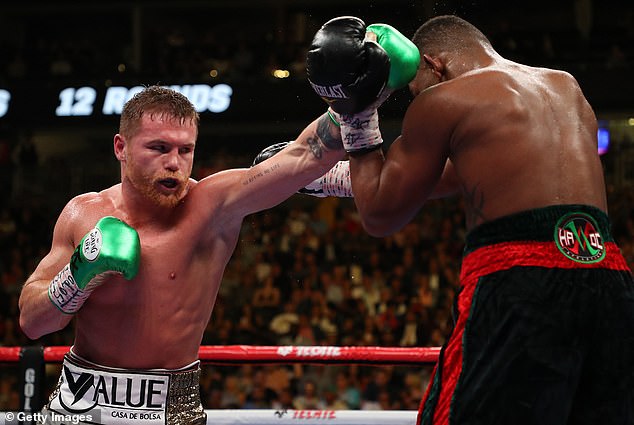 Alvarez (52-1-2) is the biggest fighter and a star from Mexico. His only defeat came in 2013, when he lost by a majority decision to Floyd Mayweather Jr. He has held titles in three weight classes, beginning at 154 pounds.

‘Canelo is to be praised for asking to challenge Sergey Kovalev,’ said Kathy Duva, who promotes Kovalev. ‘Win or lose, he will make history and Sergey is extremely pleased to get the chance to test his mettle against another future Hall of Famer.’

The fight will be broadcast by the streaming service DAZN, which has a long-term deal with Alvarez.