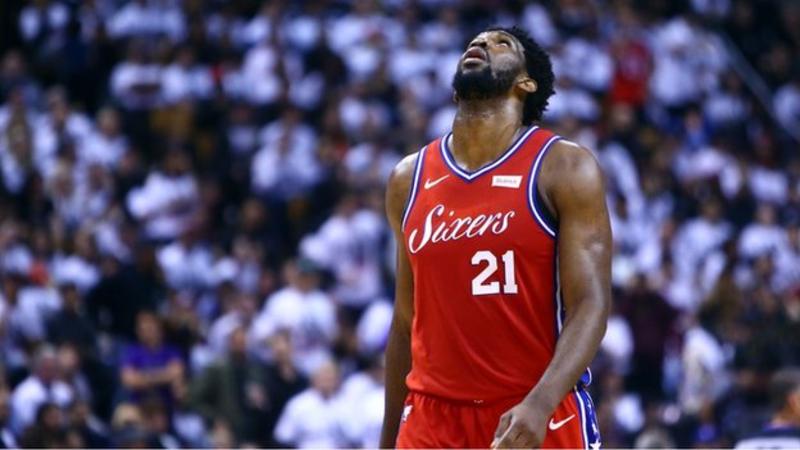 A nine-year-old Philadelphia 76ers fan has written a letter to centre Joel Embiid after he was seen crying following his team’s NBA play-off loss to the Toronto Raptors on Sunday night.

Kawhi Leonard’s dramatic buzzer-beater secured a 92-90 win and clinched a 4-3 series victory for the Raptors over the 76ers in the NBA’s Eastern Conference semi-finals. 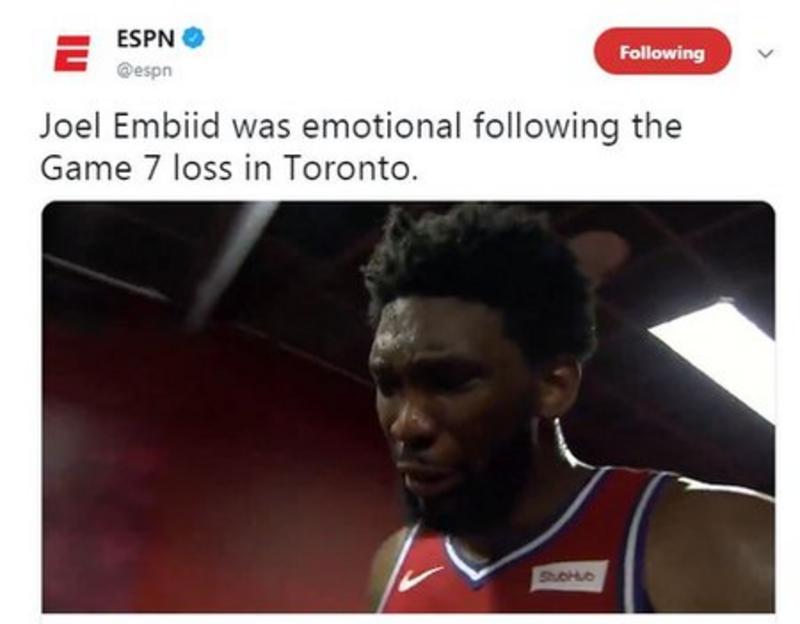 After the loss, Embiid was seen in tears on his way back to the changing room, a moment that clearly struck a chord with nine-year-old fan Olivia Djamoos.

She decided to write a letter to Embiid to remind him that “it’s OK to lose sometimes”. 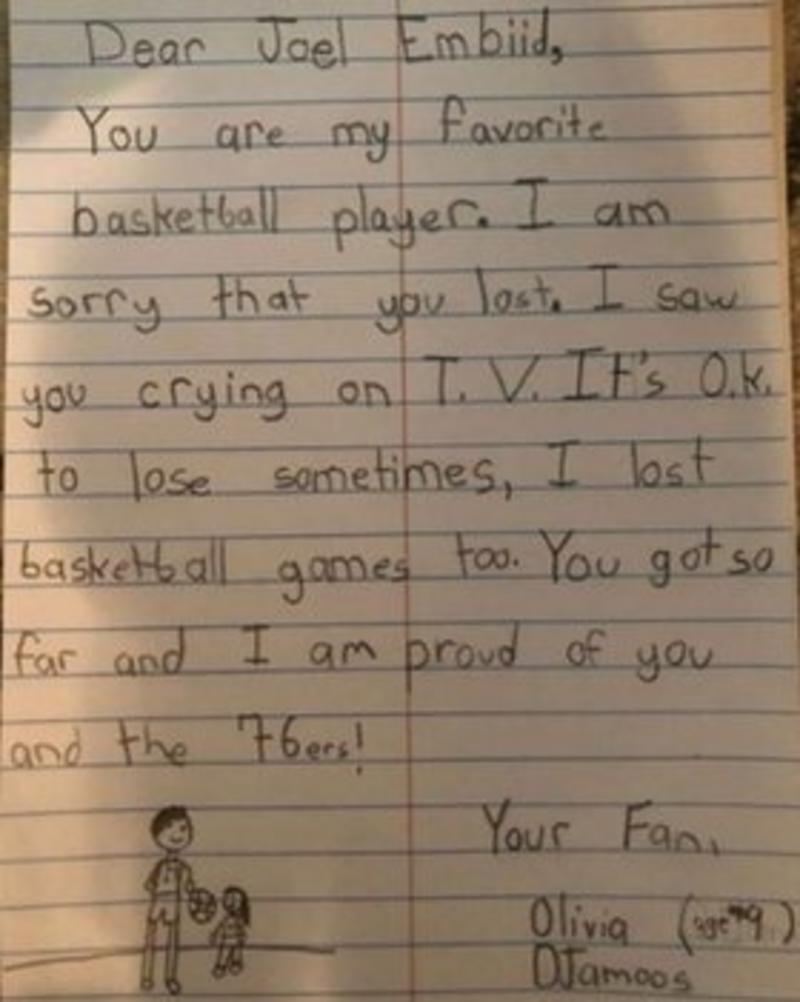 Speaking to 6ABC News the nine-year-old said: “I thought he showed his emotions. I knew he was upset that he lost. I’ve lost basketball games too.

“I am sad, but I’m OK with it because I’ve won a bunch of games too, and same with Joel Embiid.”

Other NBA stars have come out in support of Embiid with Utah Jazz centre Rudy Gobert saying: “Only losers think that crying is a sign of weakness.

“It only shows a how much a competitor and winner you are.”