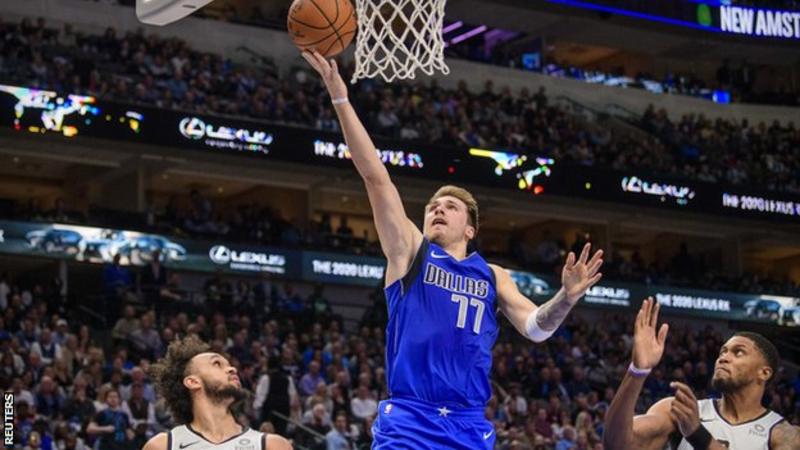 Coach Rick Carlisle says the 20-year-old can “do anything he wants on a basketball court” after his career-high 42 points in the 117-110 win.

LeBron James is the only player to have achieved the 40-point triple-double feat at a younger age than Doncic.

“He’s having just one of those magical runs right now,” said Carlisle.

Giannis Antetokounmpo finished with a 33-point haul as the Milwaukee Bucks beat Chicago Bulls 115-101, while Boston Celtics remain on top of the Eastern Conference table after a 99-85 win over the Phoenix Suns.