For more than 30 years the phrase around the NBL has been “death, taxes and Perth Wildcats making the finals”, but it’s now meaningless after the Wildcats’ 35-year streak of making the play-offs ended on Sunday.

The Wildcats fell 102-100 to the South East Melbourne Phoenix in overtime to leave their home crowd at RAC Arena stunned. 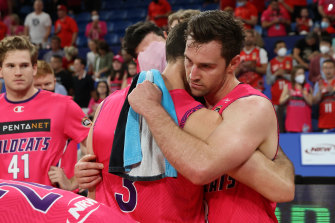 Kevin White and Mitch Norton of the Wildcats take in the loss to South East Melbourne Phoenix.Credit:Getty Images

As a result of the loss, first-year NBL expansion club Tasmania JackJumpers will make the post-season in their inaugural year as they finished with one more win than the Wildcats.

Phoenix import Xavier Munford had 24 points and nine assists, while Brandon Ashley had 17 points and Mitch Creek 15 points in the win. Wildcats superstar Bryce Cotton had 28 points and eight assists but shot just nine of 26 from the field.

Cotton had a jump shot to tie the scores in the final seconds of overtime but his shot missed and the Phoenix pulled in the rebound.

In Hobart, that miss was celebrated by JackJumpers players watching together, who jumped around and hugged like they had won a title, with forward Jack McVeigh tweeting “I’ve fainted” soon after.

The JackJumpers will play first-placed Melbourne United in game one of their best of three semi-final series at John Cain Arena on Thursday night, with game two at MyState Bank Arena, Hobart, on Saturday and game three, if needed, next Monday.

The Wildcats’ streak was believed to be among the longest in world sport, although Israeli basketball powerhouse Maccabi Tel Aviv is believed to be on a longer streak due to its dominance at home, having finished first or second in 62 out of 69 seasons.

Australian basketball legend and NBL commentator Andrew Gaze blamed the Wildcats’ defence as the cause of their demise, although he pointed out that Perth’s 16-12 record would get a team into the finals in almost any other year.

“It wasn’t their 39 per cent shooting that lost this, it was down the other end that this was lost,” Gaze said while commentating for ESPN.

“When your defence is allowing your opponents easy opportunities, it’s very hard to win.

“But we should also say that to get a 16-12 record and not make the play-offs – that is unusual.”

The Wildcats have had some dramas this season, with long-time coach Trevor Gleeson moving to Canada to take up an assistant coaching role with the NBA’s Toronto Raptors and NBA G-League coach Scott Morrison being named his replacement.

The team was forced to spend several months on the east coast due to Western Australia’s hard line on needing to quarantine when coming into the state, but they have been back home for the final weeks of the season catching up on home games but losing several important match-ups just as Melbourne United, Sydney Kings and Illawarra Hawks all found form.

Star import Vic Law injured his ankle last weekend, which saw his season end early and he was on crutches on Sunday night’s game.

Some big questions will be asked in Perth about how they can return to the finals next season.

Morrison made a statement before the post-game press conference on Sunday night thanking the fans and apologising for missing the finals, stating they would start work on Tuesday to return the club to finals next season.

“I’m sorry we didn’t meet your expectations this season,” Morrison said. “Things will be improved next season. I promise you that.”

“I’ll add a congrats to Tasmania for making the finals in their first year, which is incredible,” Morrison said.

“They earned it. They beat us here at home a few weeks ago and that was a deciding factor. They are the hottest team in the league right now. I wish them the best of luck.” 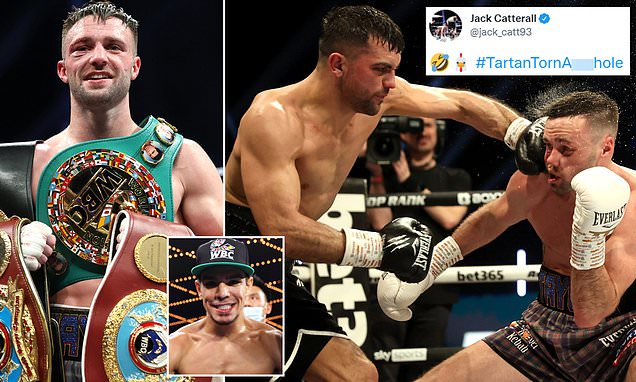