STUART BROAD: It’s going to be hard for us seamers, but I’m buzzing

It’s going to be hard for us seamers, but I’m really buzzing for the upcoming Sri Lanka Test series

It is 11 years since I first visited Sri Lanka on my maiden Test tour.

I played one Test, took one wicket for 95 as the Sri Lankans racked up 548 for nine on a flat one in Colombo, and learned how to bowl the leg-cutter, which has stood me in good stead ever since.

So it’s great to be back, and to see the enthusiasm and excitement in some of the guys touring for the first time, like Ollie Pope, Rory Burns and Olly Stone. It’s a good reminder of how special this job is. I can’t wait for Tuesday’s first Test in Galle. 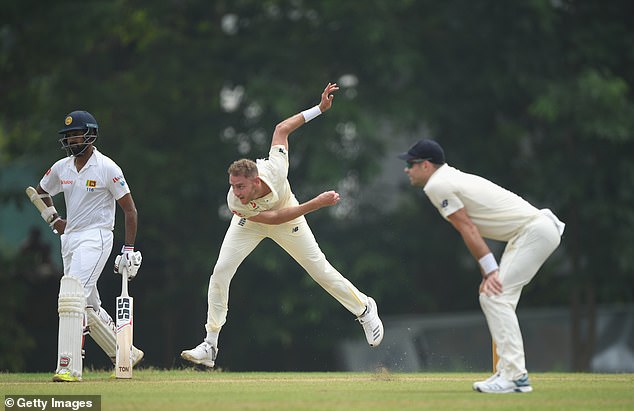 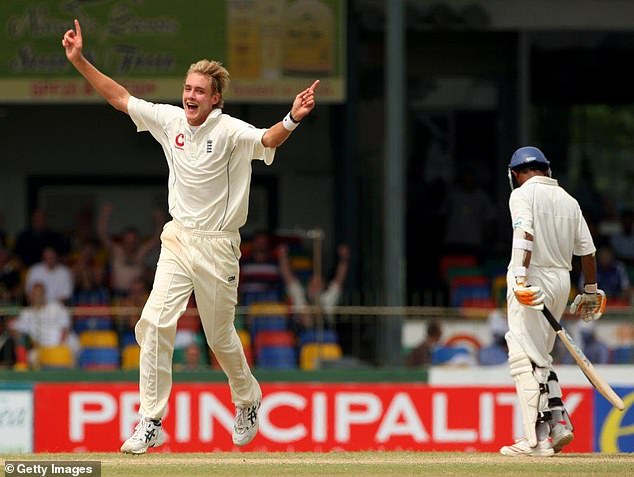 It’s fair to say our preparation hasn’t been ideal. One of the four days of our warm-up matches was washed out completely, and the pitches we encountered will almost certainly be nothing like what we’ll get in Galle, where it usually turns square.

With all the rain, Joe Root made a good point. He said you should take any opportunity to practise, because you don’t know when the next one will be. So although I only bowled five overs in the 50-over match on Friday, it was effectively my second spell, because I’d sent down six overs in the nets already.

I felt in good nick. The outfields can get soggy in the monsoon season, and that can mess with your rhythm. But those five overs were the best I’ve bowled on the tour, so it’s nice to take that into the Tests. 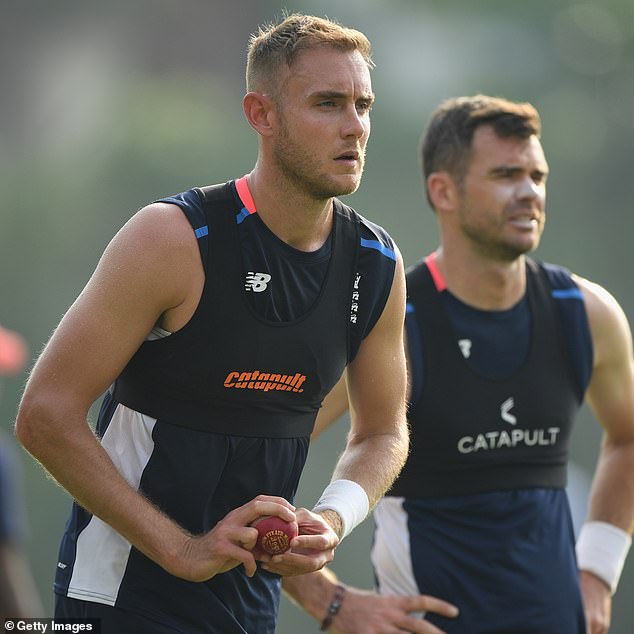 Passing on the spell

When it’s not raining, it’s so hot that after a few minutes you’re drenched in sweat, and your hands are soaking wet. The ball can feel slippery, so you’re always looking to dry your hands on a towel. And, of course, as a seamer you don’t settle in for long spells.

In England, you might have seven or eight overs to work on a batsman. You might spend five overs targeting the outside edge, then in the sixth over you nip one back and go for lbw. But in Sri Lanka at most, you’ll be bowling five overs in one spell.

There’s not really time to work over a batsman by yourself, so one of the things we’ve been talking about is ‘passing’ the spell on to a team-mate. The worst thing you can do is to strain for a wicket in your last over, which might cost you a couple of boundaries and release the pressure.

You want to keep that pressure on so the guy who replaces you has a better chance of inducing an error. The seamers here who have the most success will concede the lowest percentage of boundaries. You basically need to ‘out-patience’ the batsman. 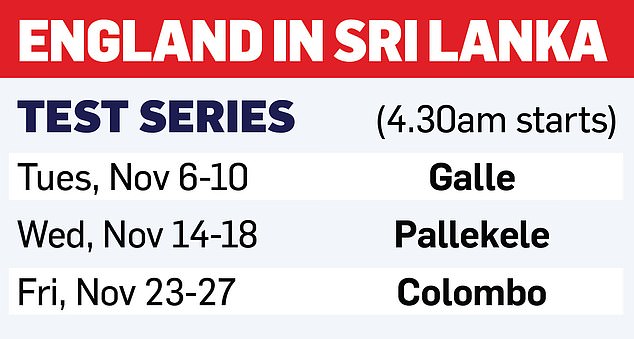 The spice of life

Having said that, variety is also important. In England, I reckon I’ll bowl at about 85-90 per cent of my maximum speed the whole time. You’re aiming for the top of off stump at roughly the same pace.

In Sri Lanka, you sometimes have to mix things up. Peter Moores drummed into me the need to develop that leg-cutter on that 2007-08 tour, and it’s proved my best delivery over the years.

But you also need to change your pace. Sometimes you’re bowling at 60 per cent of your capacity, other times at 100 per cent. Whatever is required, I’m ready for it, and I’ve been working hard on my alignment with our bowling coach Chris Silverwood. I feel a real buzz at the moment. 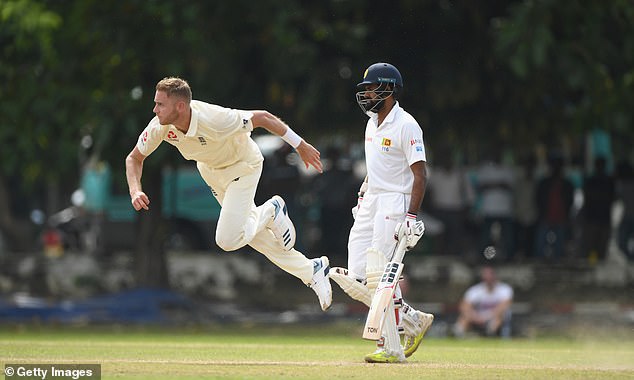 Sometimes you’re bowling at 60 per cent of your capacity, other times at 100 per cent

I really don’t know how the team’s going to line up on Tuesday. A lot will depend on the pitch, but with this being slow left-armer Rangana Herath’s last Test, it’s safe to assume it may turn a bit.

When South Africa played at Galle in July, Sri Lanka captain Suranga Lakmal didn’t bring himself on until the 37th over of their first innings – it was the first over of seam they faced in the match.

What that means for the balance of our attack, I’m not sure. But we all know that a squad of 17 means six of us will miss out each time, and the challenge is to turn the free time to your advantage. Don’t mope around sipping tea: work on your game and leave Sri Lanka a better player.

My dad Chris got a message during the fourth Test against India at Southampton from his old Nottinghamshire team-mate Sir Richard Hadlee, who had noticed that I’d gone past his haul of 431 wickets for New Zealand.

And I was told recently that I’m only one wicket behind India’s Kapil Dev, who has 434 and is seventh on the all-time list.

It was nice to hear from Sir Richard, and my mum even got a bit emotional, but I can honestly say that stats don’t drive me. Yes, it can be surreal to think that I’ve taken so many wickets, but I’m a bit like Alastair Cook and Jimmy Anderson, in that the things that stay with me are the celebrations with team-mates after the game.

The numbers just build up as you go along. It’s the camaraderie that matters. 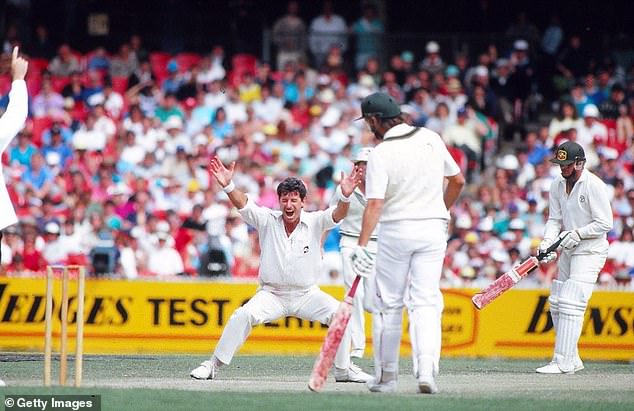 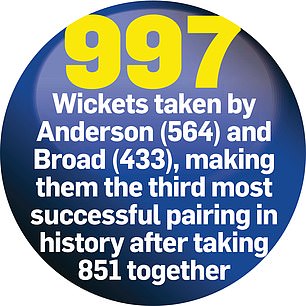 Stay out of hot water

We’re staying at the Lighthouse hotel in Galle, which is a beautiful spot on the coast.

But I’ve also heard that Gareth Batty got into a spot of bother here during the 2003-04 tour.

He went for a swim in the sea and had to be rescued by lifeguards after getting into trouble with the currents. I think I’ll stick to the pool…