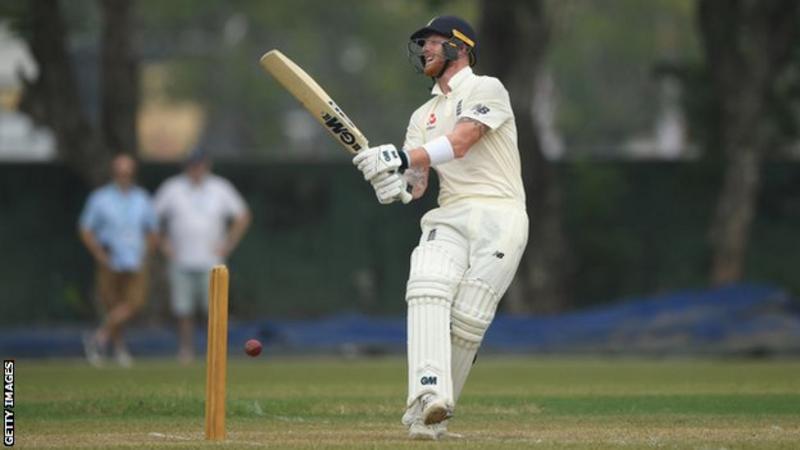 Ben Stokes retired hurt on day two of England’s warm-up match in Colombo after being struck on the left arm.

Stokes’ workload is being managed before the Test series with Sri Lanka and he did not bowl on day one against a Sri Lanka Board President’s XI.

During England’s reply, he joined Joe Root at the crease but lasted just 15 balls before being forced off.

The all-rounder, 27, was struck by a short ball from Lahiru Kumara having attempted a pull but may return later.

The three-Test series begins in Galle on 6 November.