England’s bowlers made to toil as they struggle to extract seam, swing or turn during first day of warm-up match against Sri Lanka Board XI in Colombo

If England really are going to overcome the chronic travel sickness that has seen them without an away Test victory in two years then clearly they are going to have to take some unpleasant medicine to achieve it over the next month.

The first day of their red-ball tour, played against the backdrop of a huge protest in Colombo against the political turmoil in Sri Lanka, was a tough one for an England attack that was forced to toil on a typically unhelpful pitch here.

No fewer than eight bowlers were used by Joe Root in what was effectively a 14-man-a-side two-day warm-up and only five wickets were taken as a strong Board side hurried along to a thumping 392 off 89.5 overs. 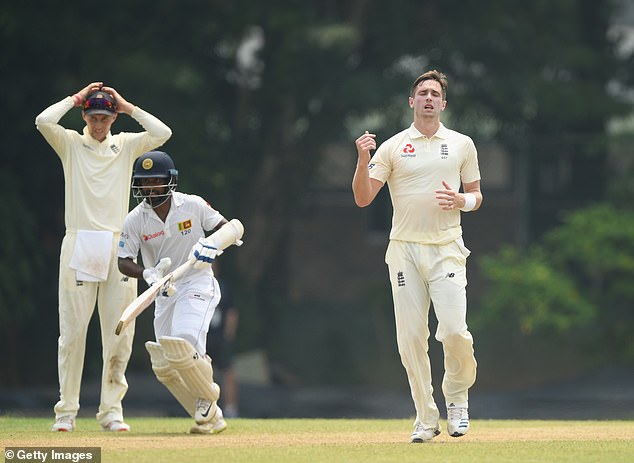 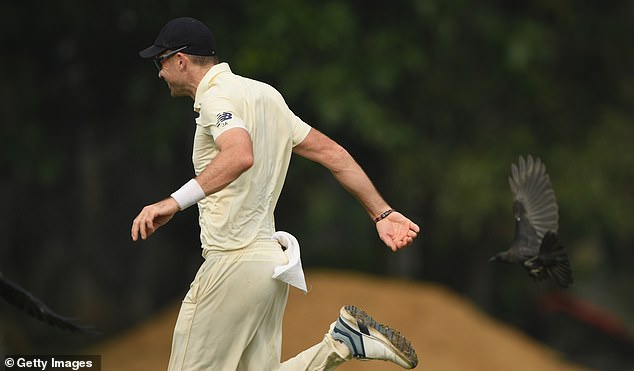 The scoreboard may have recorded nine wickets but three, in the form of Kaushal Silva, Sadeera Samarawickrama and Ashan Priyanjan, retired out after reaching half centuries as England struggled to extract seam, swing or even turn.

At least it was a decent work out as England weigh up their options in their attempt to finally find a combination to take 20 wickets and win an overseas Test for the first time since their victory over Bangladesh in Chittagong in 2016.

Such is the state of flux in England’s bowling that only Jimmy Anderson, Moeen Ali and the captain himself of those eight used yesterday are guaranteed places in Galle next week on a pitch that is expected to turn from the first day. 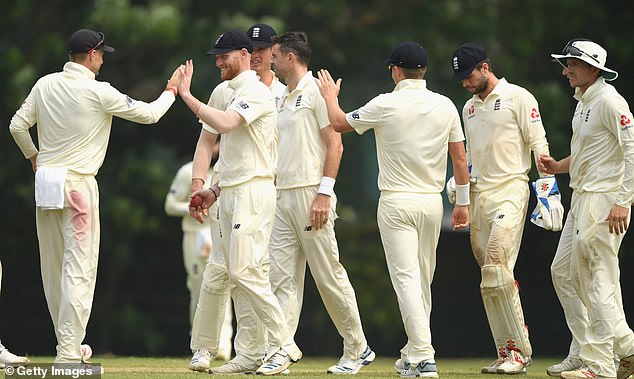 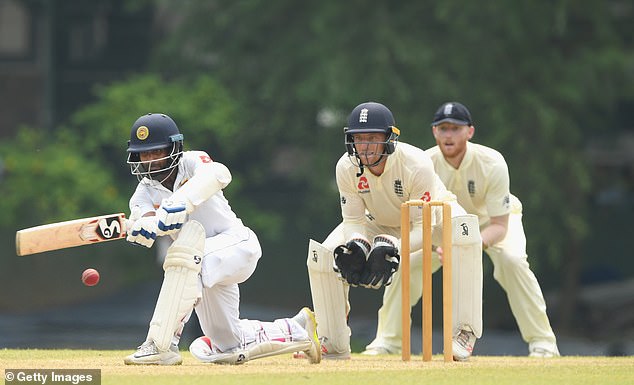 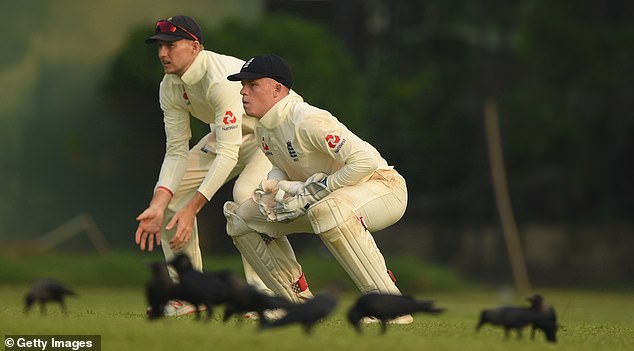 So Chris Woakes, Sam Curran, Adil Rashid and even Stuart Broad found themselves very much playing for places, with the intriguing extra ingredient of the leg-spin of Joe Denly adding to the first Test puzzle.

Denly, returning to international cricket after a nine-year absence, enhanced his chances with four wickets in the Twenty20 victory over Sri Lanka on Saturday but clearly the red-ball game is a different kettle of fish for England.

It could be that Denly will be used in Galle as a top order batsman and third spinner but here he was expensive once the newly slimline figure of Angelo Mathews, left out of the one-day side for fitness reasons, got after him.

Denly had already made a bad start to the day, dropping Lahiru Thirimanne on 11 off Moeen and sending a wild throw to the boundary to add four overthrows to the bowling figures of his captain. 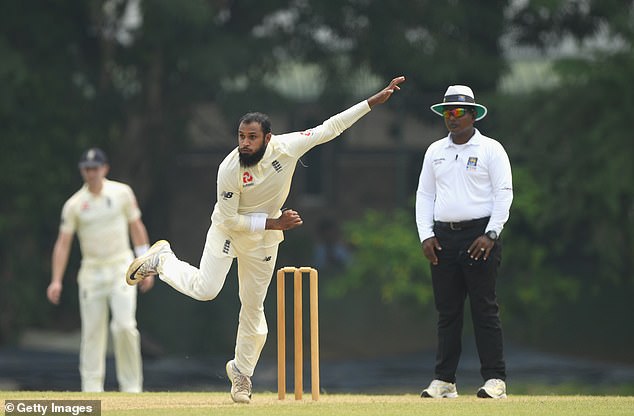 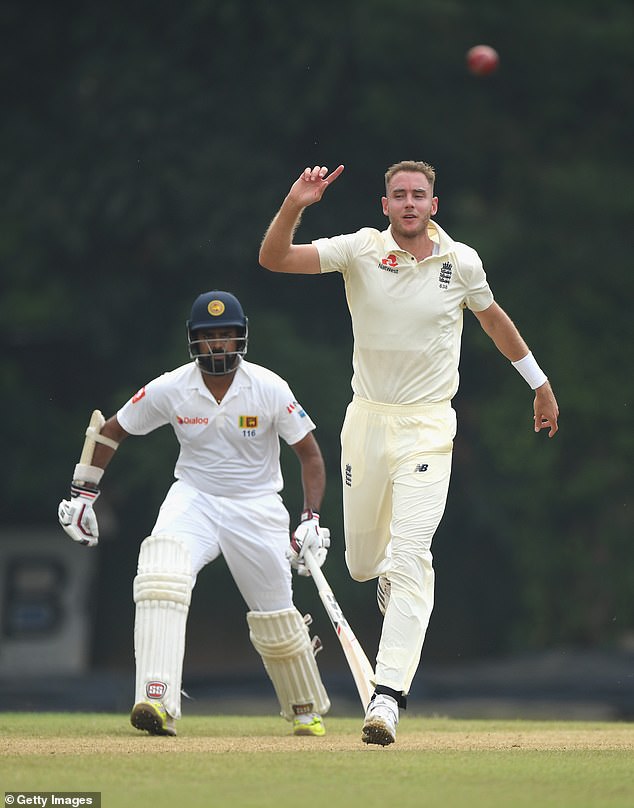 Stuart Broad failed to take a wicket during day one, going for 43 runs off his 11 overs bowled 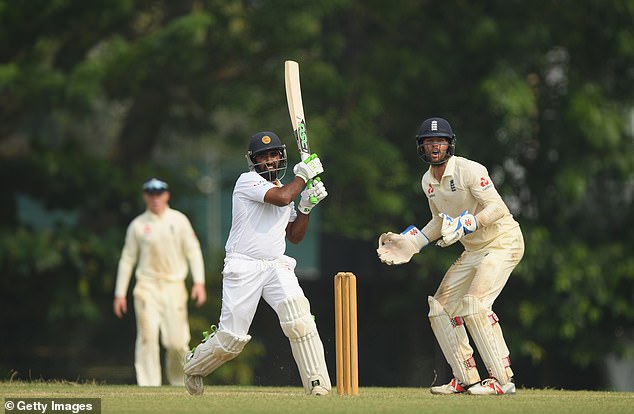 Ben Foakes, the wicketkeeper, watches on as Ashan Priyanjan hits out in Colombo

Then Mathews, who is in Sri Lanka’s first Test squad, hit Denly for two sixes in three balls in an over that cost 16 but Root persevered with the Kent man and Denly was rewarded with a wicket with the second new ball.

Of the rest, Moeen was just about the pick with two wickets, the big two of Anderson and Broad were economical but rarely threatening, Curran got a semblance of swing and Woakes and Rashid looked the least effective.

And there was no definitive signal of England’s wicketkeeping plans in the probable absence of Jonny Bairstow for the first Test, with Jos Buttler, Ben Foakes and even Ollie Pope taking the gloves for one session each. 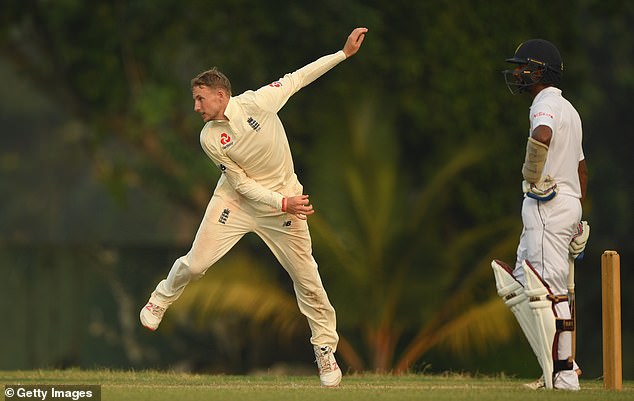 England captain Root bowled six overs during the day, going wicketless for a total of 36 runs 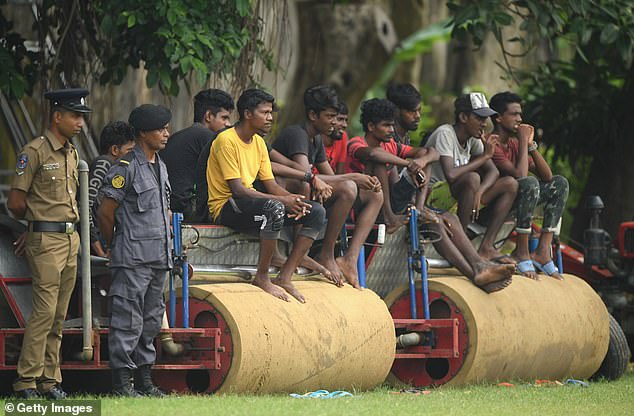 Spectators sit on the rollers to watch the action at the Nondescripts Cricket Club, Colombo 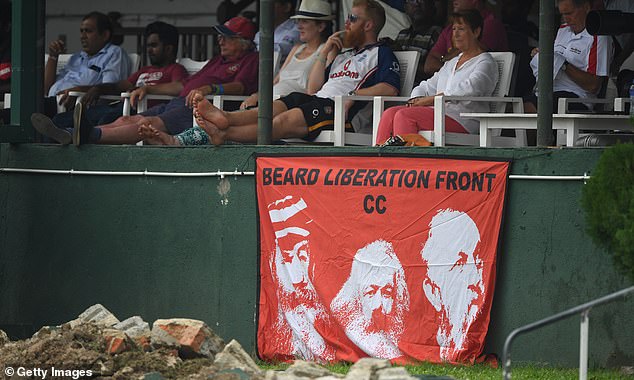 It was something of a surprise that Jack Leach, widely expected to play in Galle next Tuesday, was left out of England’s 14-man side along with Olly Stone but both will get their chance to impress in the second warm-up on Wednesday.

Meanwhile, England have pledged to continue to be ‘vigilant’ in the wake of the unrest in the Sri Lankan capital which saw 15,000 take to the streets a mile from England’s hotel to protest, peacefully, about the ousting of prime minister Ranil Wickremesinghe.